The Norval Foundation is the latest jewel in the crown of Cape Town’s booming art circuit. We sat down with Director Elana Brundyn to find out more.

Elana Brundyn has the infectious enthusiasm of someone who has not only followed her bliss but is also standing on a rarefied summit to which her bliss has led her – and is thoroughly enjoying the view.

“I am changed every time I walk in here,” says the chief executive of the Norval Foundation, “and I have been fortunate to have travelled and seen many beautiful things. So imagine if you bring a child into a space like this. You can change their life instantly. The psyche gets so much more resilient and ambitious when it is inspired, and in many ways…” she gestures at the high glass walls of the Foundation’s Skotnes Restaurant, “that inspiration comes with scale and beauty.” 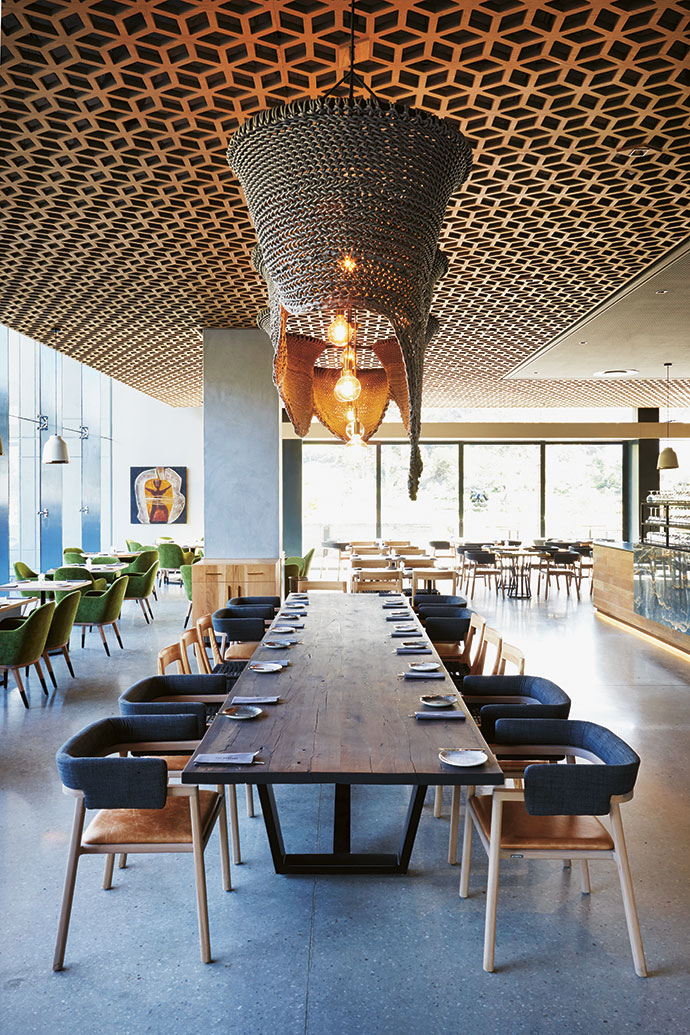 Elana is no stranger to scale and beauty. Before being beamed up by investment tycoon and former amateur golf champion Louis Norval to open his art museum on a rehabilitated glade in Steenberg, Cape Town, she owned her own contemporary art gallery and then helped to launch the Zeitz Museum of Contemporary Art Africa.

We should probably pause here to dismiss the much-hyped notion of competition between the Norval Foundation and the Zeitz MOCAA (and one could probably add the Dylan Lewis Sculpture Garden to form a southern, central and northern artistic trinity). For one thing, the Norval had been in the pipeline for seven years by the time the Zeitz MOCAA opened. But, more importantly, you don’t go to one instead of the other.

If anything, you are compelled to visit the other because you have been to one. Elana’s overarching responsibility at the Norval Foundation is making sure it’s sustainable, which involves making sure the Foundation’s additional income streams – the restaurant, the shop, the state-of-the-art vault – are ticking over. She feels strongly that the venture is more than a not-for-profit and must be run according to strict business principles. But when it comes to projects of this nature, these are more indicators of traction than viability or success. It never was, and never will be, a question of return on investment. It is more a question of returning visitors.

“[The Foundation is] a gift from the Norval Family Trust,” says Elana, “a way of giving back. It has been proven that cities with strong art institutions have higher retention rates of professionals. We often say that museums are the cathedrals of our time. It’s a layer that society needs.”

Louis Norval had always loved art but began to collect in earnest after he felt a pang of sadness while watching a lovingly and tastefully assembled collection being auctioned off to individual buyers. But Elana insists the Foundation is not a vehicle to showcase Norval’s private collection, which comprised only 10% of the opening exhibitions. Rather, the idea here is to link young African art – what Elana refers to as “new identities” – with its predecessors.

It’s a powerful and lingering juxtaposition. “A lot of our institutions have done incredible work,” says Elana, “but there are very few that can compare or interweave these different timelines.”

It’s an exciting taste of things to come.