Held in parallel with Salone del Mobile in Milan, Euroluce is described as “a veritable laboratory of design innovation in both the decorative and the lighting technology sectors”. This year, 485 exhibitors showed the latest in lighting design. It was very clear, says Annemarie, that designs have moved beyond the fitting and the shade, and, in most cases, even the light source was concealed. Inspiration came from torchlight, tubes, cylinders and circles, as well as jewellery, the alphabet and even blow-up toys, but what the designs all point towards is that transforming a space with light is the way forward.

1. FARE LUCE (Shedding Light), an installation by architect Giovanni Maria Filindeu for Foscarini. “Light and shadows are the most essential elements that can grant meaning to an architectural space, transforming it into a destination,” says the designer. Available at spazio.co.za. 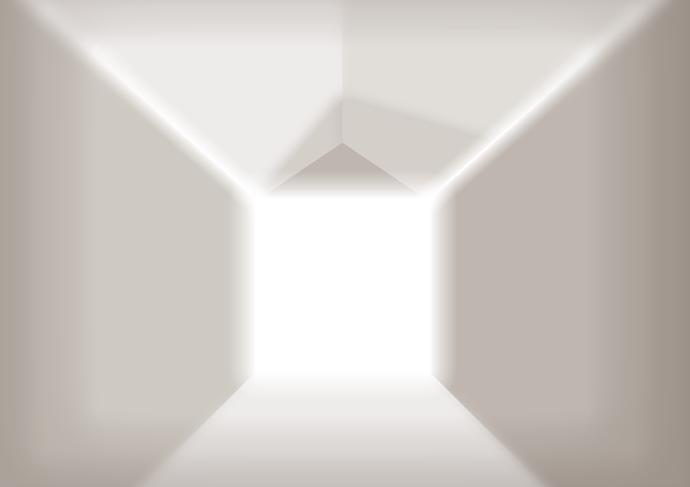 2. FLASH by Studio Job for qeeboo is a cordless, dimmable, rechargeable LED table lamp with 6 hours’ output that is operated by remote control. Available at qeeboo.com. 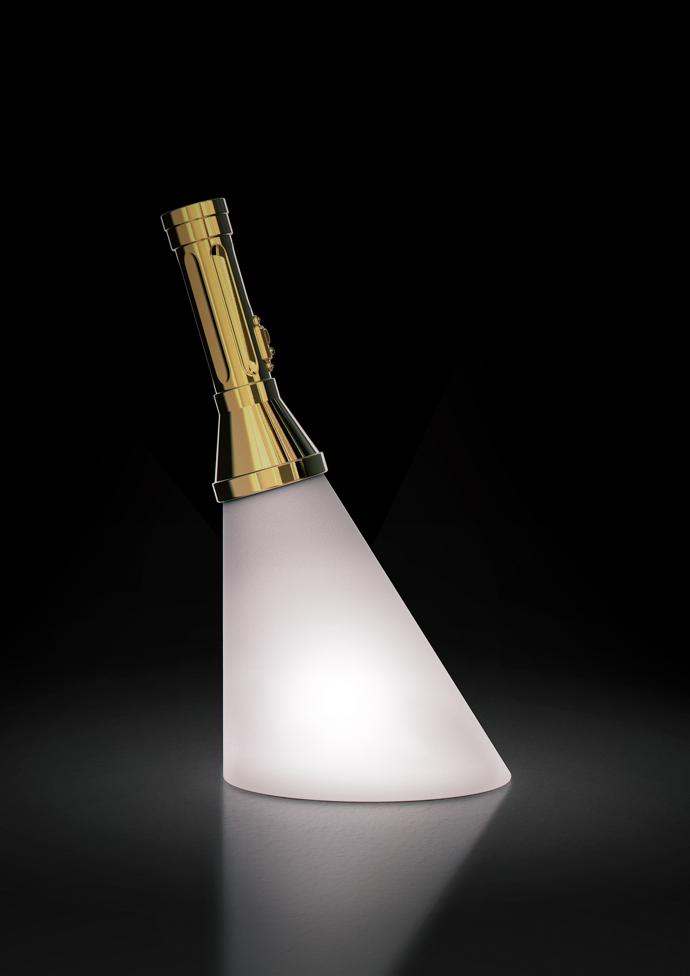 3. SAWARU, designed by Nendo for Flos, consists of two independent cylinders touching each other in a perpendicular direction. One acts as the a source and the other as a base. The projection angle can be altered in three stages. Available at spazio.co.za. 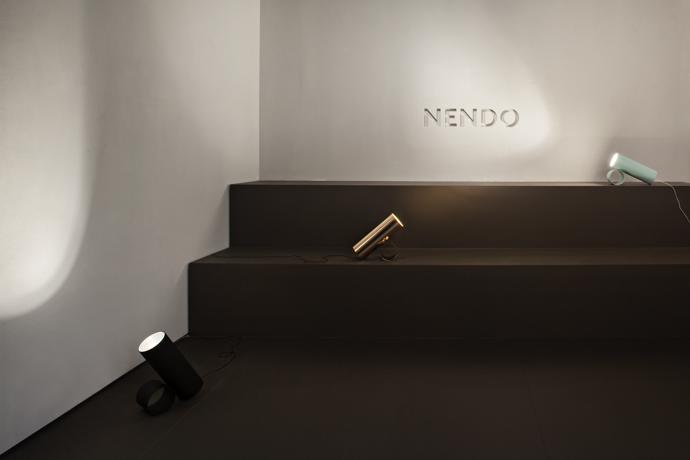 4. CAPSULA, designed by Lucie Koldová for Brokis, is a pendant light with overlapping hand-blown glass capsules, connected by a tubular diffuser that emits a frosted LED light. 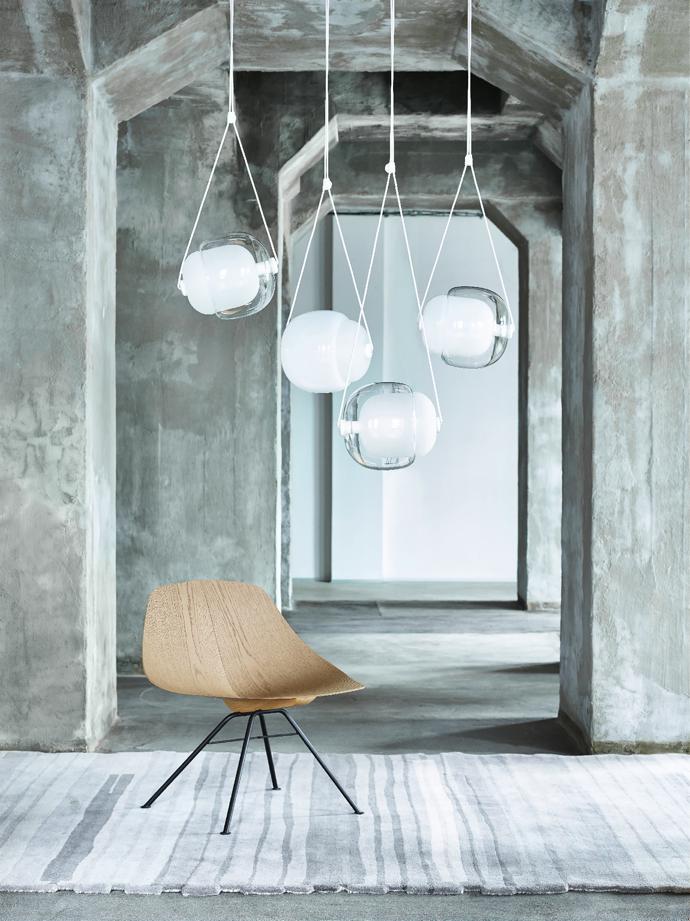 5. GUISE, designed by Stefan Diez for Vibia, is a collection of lights that transforms its materiality into the medium of light itself using a slim row of LEDs. Light conducted by glass is invisible, only emanating at the edges. 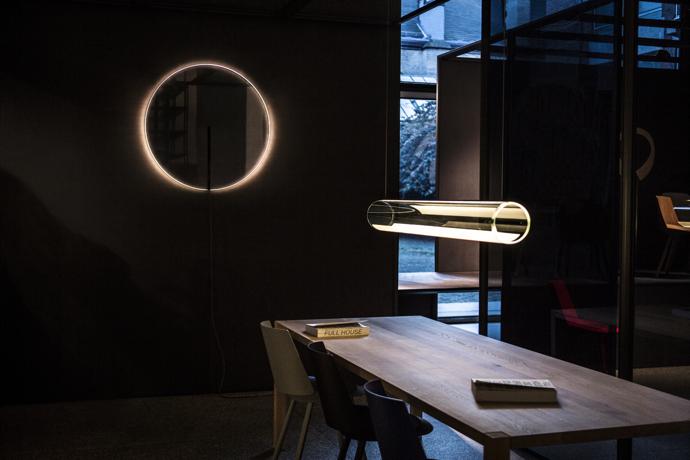 6. ISP, designed by Ilia Sergeevich Potemine (hence the name ISP) for DCW ÉDITIONS, comes in a table and a wall lamp. It is reminiscent of 19th century steampunk lamps, but only in appearance. To illuminate the ISP lamp, you pull out the cylinder with the LEDs by means of a small handle from the surrounding brass tube. How far depends on how much light is needed. Available at generationdesign.co.za. 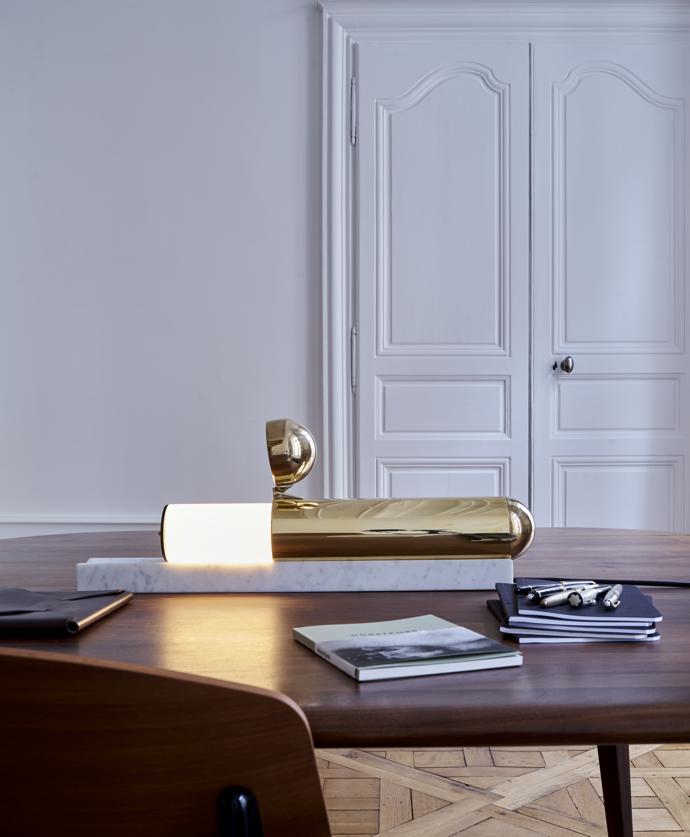 7. FILO – Ruby Jaypure, designed by philosopher-turned-designer Andrea Anastasio for Foscarini, is a dazzling table lamp that brings to mind a precious necklace. It comprises an electric cable decorated with glass baubles, with a porcelain cone lampshade that projects the light on the wire and the glass.
Available at spazio.co.za. 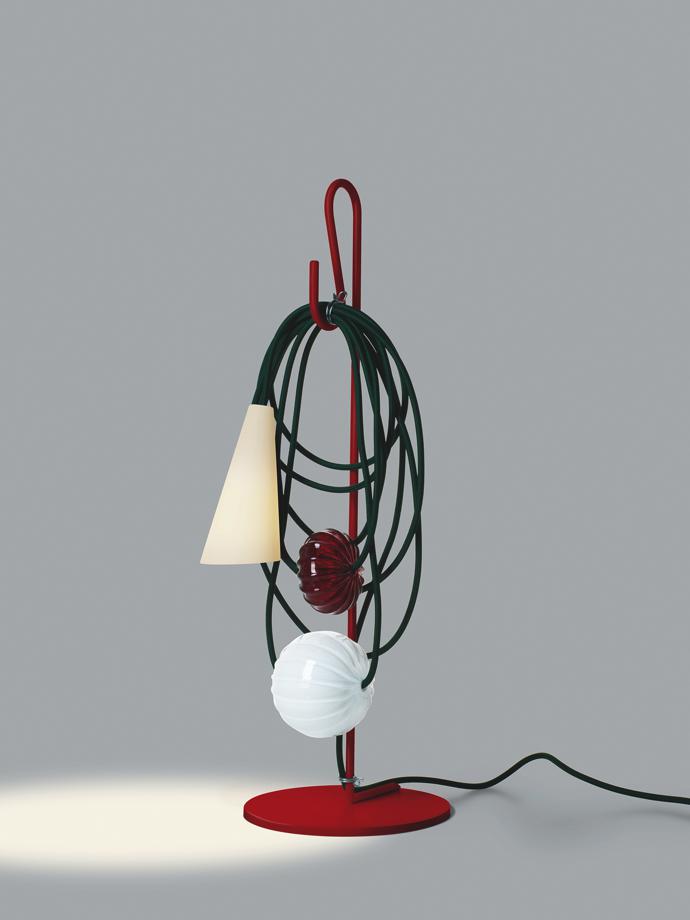 8. BLOW ME UP by Theo Möller for Ingo Maurer is an inflatable air hose with a LED strip that comes rolled up in a can. A sensor switch is integrated on one side of the LED strip, which radiates the reflective side of the tube, thus scattering indirect light in the room. 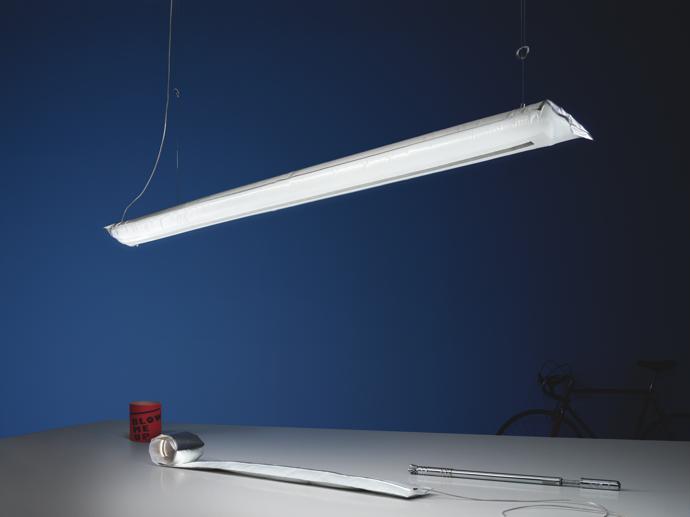 9. COLIMAÇON, designed by architect, city planner and designer Jean-Michel Wilmotte for Artemide, is a family of aluminium, steel and LED wall lights. 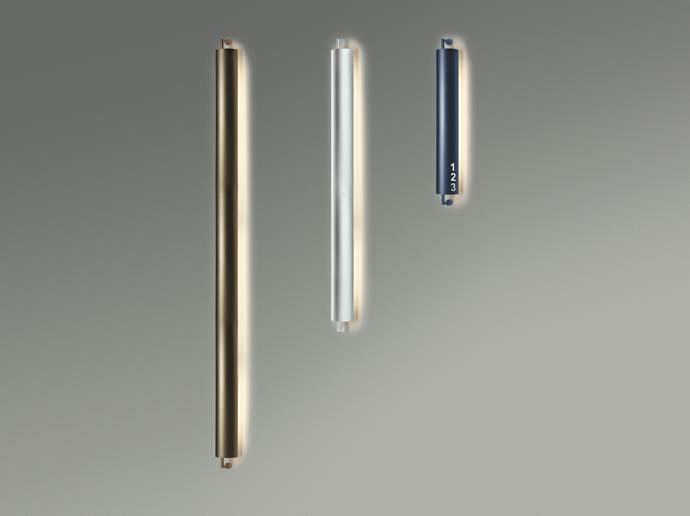 10. ARRANGEMENTS, designed by Michael Anastassiades for FLOS, is a modular system of geometric light elements that could be combined in different ways, creating multiple compositions into individual chandeliers. Each unit simply attaches onto the previous one as if resting, balancing perfectly as part of a glowing chain. Available at spazio.co.za. 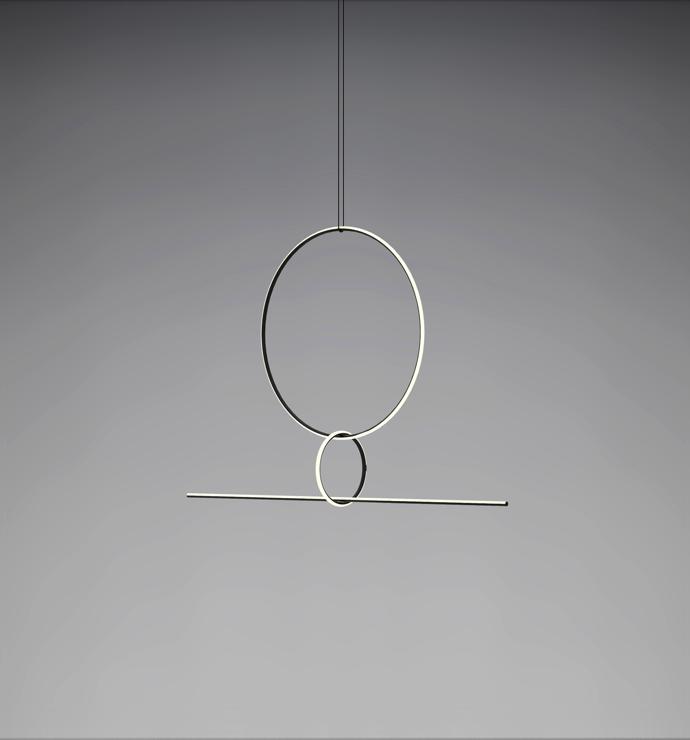 11. ALPHABET OF LIGHT was a lighting installation by Italian brand ARTEMIDE and Danish firm BIG. The latter has created a modular lighting system that can be arranged to “write” on a wall. The letters are formed by joining lengths of LED strip lights with magnets. There are two linear elements of different lengths, and two round ones that can be separated into modules to join the linear elements. 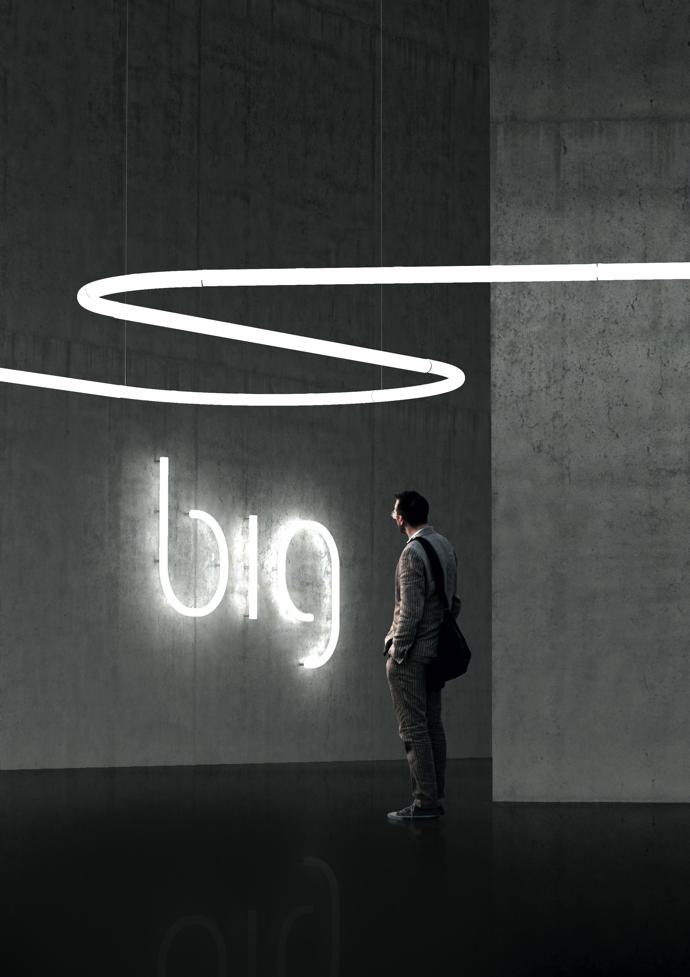 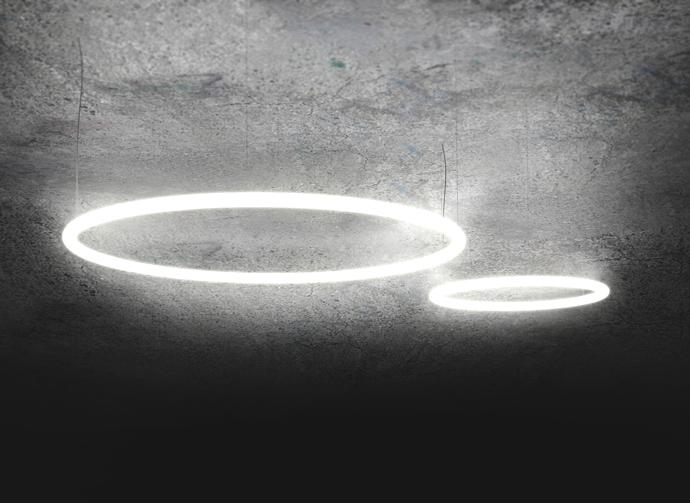