The creatives at NeoMam Studios have stripped away the special effects of six imaginative worlds in a new series that highlights the architectural brilliance of each.

The studio has produced a series of grayscale pen-and-paper illustrations showcasing the detailed architecture present in several of the most popular fantasy worlds, such as Game of Thrones, Harry Potter and Star Wars. 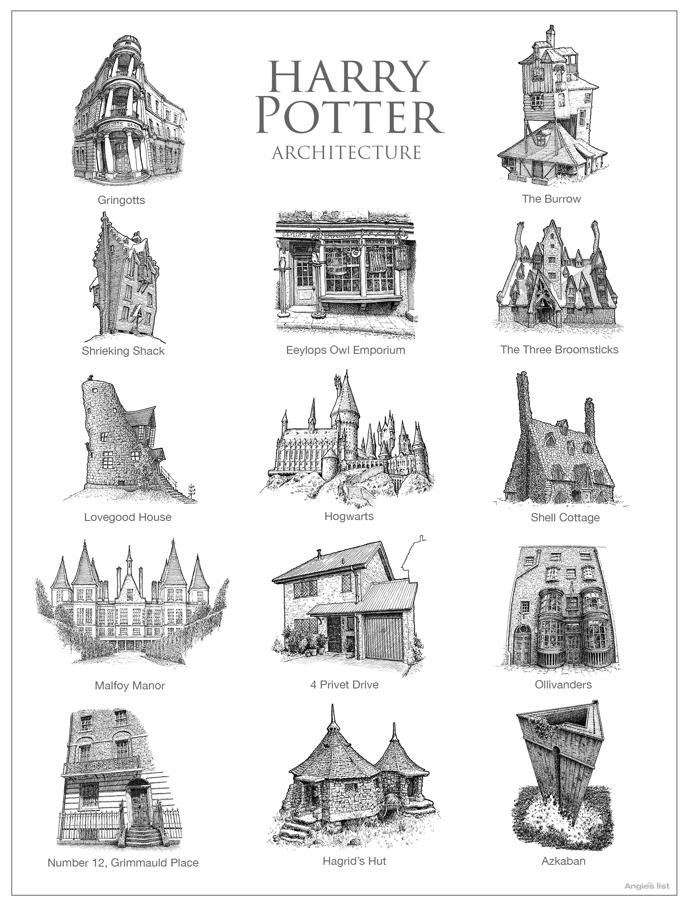 “In a world of CGI, the architectural landscapes created in the film, TV and gaming industries are now almost as realistic as the world outside your window. But strip away the special effects, and the architectural creations of Studio Ghibli, Skyrim and Marvel are no less impressive,” says NeoMam’s Luke Doyle.

Take a look at some of NeoMam Studio’s other featured projects, including ancient ruins reconstructed in the form of GIFs, what your bedroom would look like if designed by famous film directors and seven home office designs inspired by fonts.