Behind its dramatic concrete façade, Brutalism holds a deep sensitivity towards social interaction and community engagement.

Sadly, you can’t see much of Cape Town’s Werdmuller Centre. Barricaded behind corrugated steel, this dilapidated 1970s building in Claremont was designed by local architect Roelof Uytenbogaardt, and is a rare South African example of Brutalism’s bold architectural approach. Where it peeks out above the three-metre-high enclosure, you get a hint of the genre’s typical aesthetic: audacious structures of raw concrete set out in monolithic geometric forms of rigid angles and, at times, massive volumetric curves. And it’s this crude, fortress-like appearance that has seen Brutalism labelled as cold and imposing by its detractors. 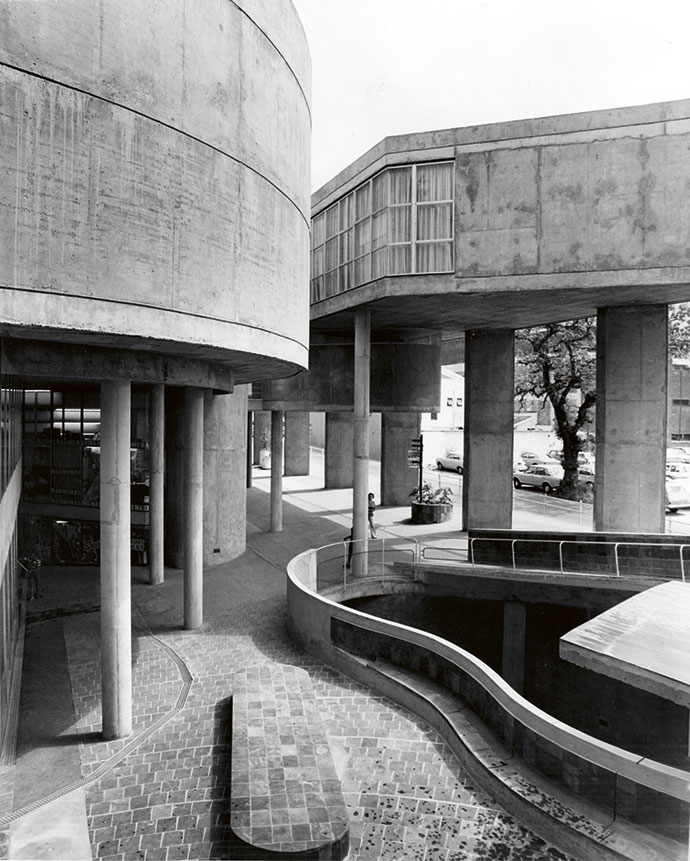 Its moniker, however, comes from béton brut (raw concrete), the iconic French-Swiss architect Le Corbusier’s material of choice. It was he who laid the foundation for a generation of Brutalist architects that emerged from the 1950s to the ’70s. The more celebrated names among them include Alison and Peter Smithson (England), Paul Rudolph (USA), Clorindo Testa (Italy/Argentina), Kenzō Tange (Japan) and Lina Bo Bardi (Brazil). 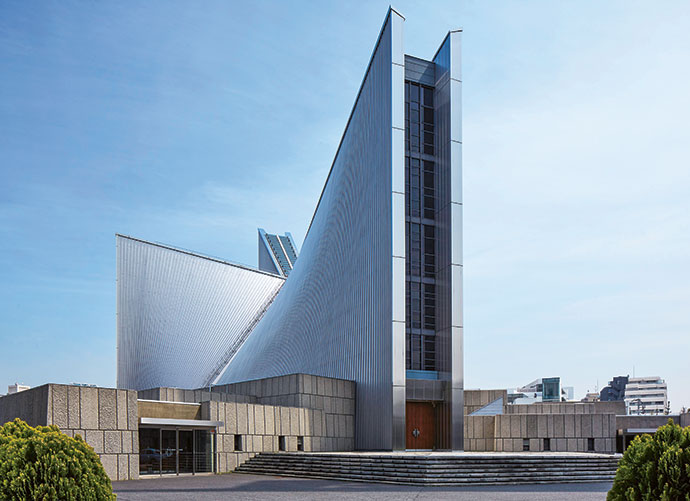 A furtive look through the Werdmuller’s steel blockade affords a more valuable insight into the principles on which Brutalism was founded. The old shopping centre has elevated public ramps, souk-like retail hubs, exposure to natural light, and a connecting thoroughfare between the train station on one end and the suburb on the other.

It was Le Corbusier’s Unité d’Habitation social housing scheme in Marseille and the Smithsons’ Garden Building for St Hilda’s College in Oxford that further solidified this original sensitivity for context and social engagement. Their collective aim was inclusivity, and connecting the micro-societies that exist in diverse community structures. In a post-WWII era, Brutalism’s ideals lay in rebuilding ruined cities with a modernist approach that allowed for high-density spaces to be constructed quickly, using new technologies and keeping costs low. By exposing materials to highlight their elemental roughness, the architectural transparency and honesty echoed the utopian ideology for living and working in ways that were open and generous. 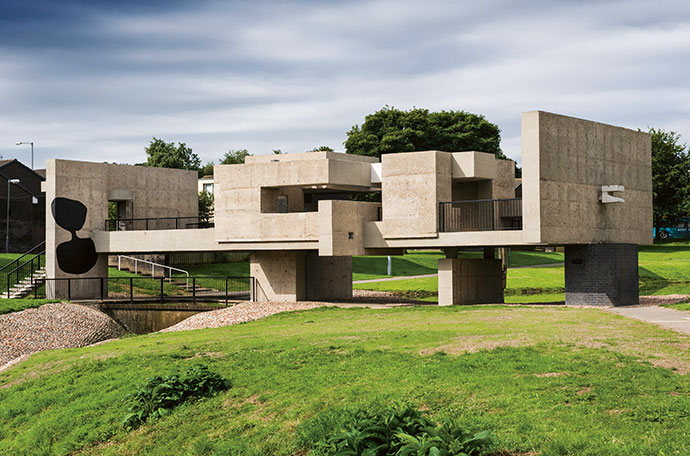 Another of Roelof Uytenbogaardt’s masterpieces, the UCT Sports Centre, demonstrates this employment of vast volumes, where one open hall leads to the next via extensive walkways. But of local structures, it’s the Rodney Grosskopff-designed Ponte Tower in Hillbrow that probably best encompasses everything Brutalism stands for. A radical, cylindrical, grey-concrete sculpture marking the Johannesburg skyline – either adored or abhorred – this 54-storey edifice thrives as an apartment block for all, with restaurants, a barber shop, a convenience store and a children’s community centre on the ground floor accessed by those passing by the building on foot, linking it to the vibrant street culture of the area.

It would be unfair to call Brutalism brutal. The ideology that underpins it – and the way those ideals are employed in buildings like Bo Bardi’s Sesc Pompeia in São Paulo (a community and recreation centre, library, theatre, exhibition space and more) and Tange’s Hiroshima Peace Centre – warrants a much gentler interpretation.