Chef Liam Tomlin and wife Jan know what they want and, for that matter, what they don’t. And as all couples that have embarked on a home renovation project know, that’s half the battle won.

Whether you’re a bibliophile, a design junkie or just plain voyeuristic, the bookcase in chef Liam Tomlin and wife Jan’s new home has an undeniable magnetism. Ensconced in a wall in the lounge, the solid-timber frame stretches from floor to ceiling, with each square shelf crammed with colour-coded cookery tomes. As per Liam’s preference, the dust jackets have been removed to reveal the fabric-covered spines, so Larousse Gastronomique and Lessons in Excellence from Charlie Trotter nestle together with their maroon counterparts, whereas hardbacks by Gordon Ramsay and Neil Perry cosy up in their own dedicated grey section.

Offering easy access to the top shelves is a ladder enamelled a fire-engine red. “There was this battered metal ladder standing outside Chef’s Warehouse one morning and next thing I saw two guys running down the street with it,” says Liam. “I shouted after them to ask how much they wanted for it, and they said R20. So I gave them the 20 and sent off the ladder to have the rusted metal fixed up, spray-painted and those lovely wooden pieces added to the ends.”

The same lateral thinking behind the books and ladder is evident in the approach the couple took to renovating the 104-year-old house they’d bought in the Cape Town City Bowl: They honoured what was already there, but weren’t afraid to take risks to unlock the hidden potential. To be sure, it wasn’t a minor makeover (renovations took more than a year), but ultimately the changes that were made both simplified and maximised the space.

“It was a three-bedroom, but we wanted to design a place just for us,” says Liam. “We made it a one-bedroom so there wouldn’t be any areas that won’t get used. You get spare rooms that are used for only two weeks a year. We didn’t want that.”

Downstairs, the walls of a previously poky kitchen were knocked out and the staircase was moved from the centre of the lounge to the entrance to create a flowing open-plan lounge, dining and kitchen area that extends onto a deck and courtyard.

As far as the decor was concerned, “We knew what we wanted,” says Jan. “The doors, the metal windows, the conservatory, the stainless-steel kitchen, the black-and-white chequered bathroom floors… We showed references of all of it to interior designer Douw de Kock, and he drew up a plan for us.”

With the day-to-day running of their four restaurants, Jan and Liam rarely get to entertain at home, but the downstairs area is tailor-made for rip-roaring brunch and dinner parties. “Before the Eat Out Awards, we had a few of the guys here for a Champagne and bacon buttie breakfast,” says Liam. “It’s great, because I could cook and interact with them at the same time.”

Made to Liam’s specifications, the sleek stainless-steel-finished kitchen is mellowed by a flood of natural light thanks to a curved conservatory roof crafted by local company Metal Windows. The undisputed heart of the kitchen is a free-standing jet-black Officine Gullo cooker, imported from Florence. “This is the Rolls Royce of ovens,” says Liam. “I wanted everything in this kitchen to be beautiful.” 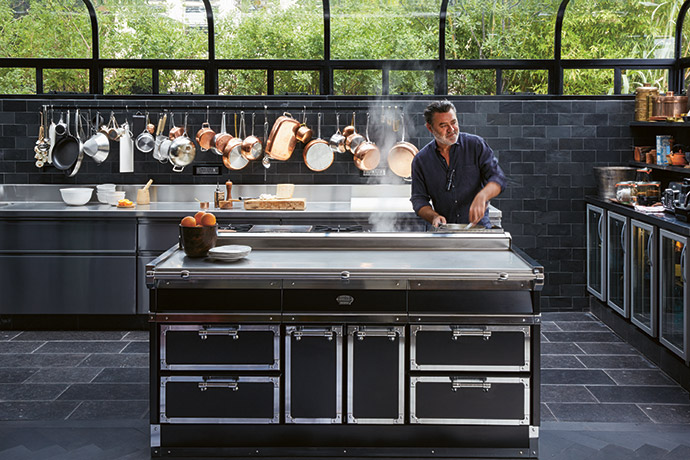 The true extent of the renovation reveals itself upstairs. A space that previously housed two bedrooms and a bathroom is now one sprawling interior, punctuated only by steel-framed glass partitions. Far from being tucked away, the open bathroom is a focal point, with herringbone-patterned tiles and fixtures by Victorian Bathrooms helping to set the aesthetic, instead of merely echoing it. Cabinetry was custom-made by Cape Customs, including a wood-and-glass armoire fashioned from floorboards salvaged during the renovation.

The sleeping quarter’s true highlight, however, is its exterior. Where once there was only a window with a sloping corrugated roof below it, there is now a spacious balcony offering views of Signal Hill and the Table Mountain Aerial Cableway on one side and the CBD on the other.

Asked whether the renovation caused any tiffs, Liam and Jan both say when you have the same taste, half the battle is won. “I love to walk into a house that tells a story,” says Liam. “This house tells our story. It shows our passion for food, wine, travel, art, music… Everything we like.” 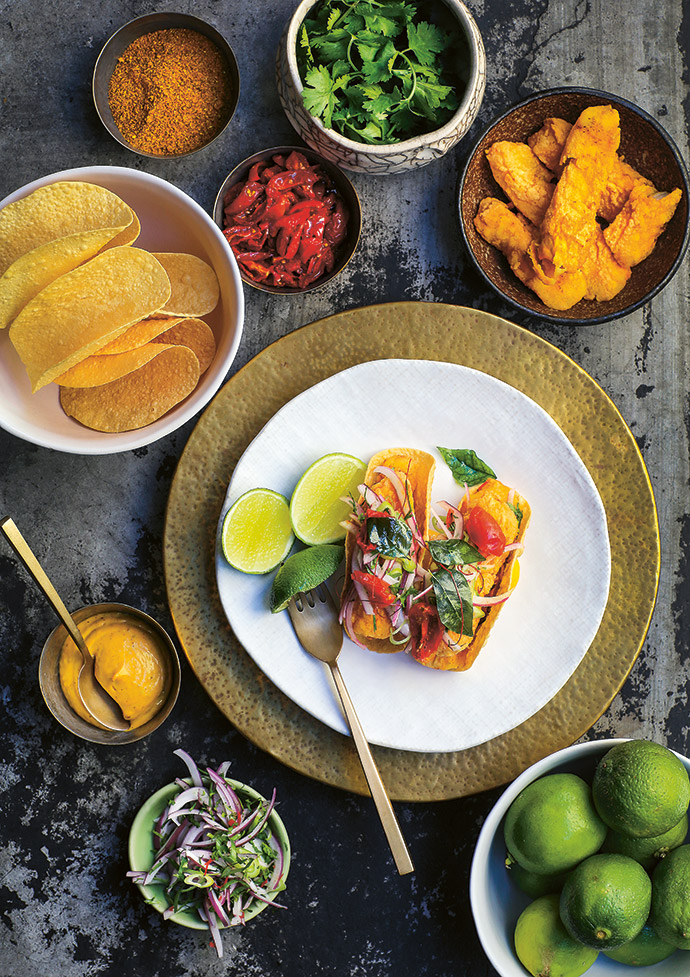