Lunching alfresco holds even more appeal than usual this summer (thanks, Covid-19). We asked Wolfgat founder and chef Kobus van der Merwe about his dream outdoor dining spots, both near and far. 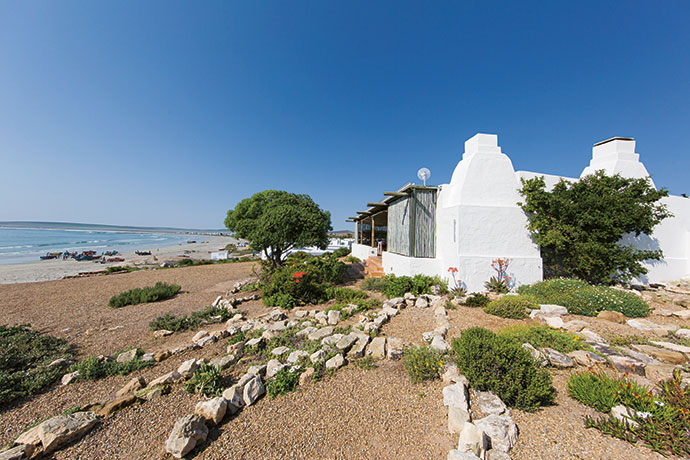 Kobus van der Merwe’s Wolfgat in Paternoster is at the centre of Strandveld cuisine.

When I think of alfresco dining, a number of cinematic references immediately pop up – none more clear than a scene from the 1988 classic, The Big Blue, where Rosanna Arquette’s character Johanna meets legendary freedivers Jacques Mayol (played by Jean-Marc Barr) and Enzo Molinari (Jean Reno) at a terraced ocean-side restaurant for an epic portion of spaghetti frutti di mare. The stage is set: bare white tables and chairs in the dappled shade of a simple slatted veranda, with sweeping views of the big blue ocean beyond. For me, the beauty of such restaurants lies in that holy trinity of honest food, minimal decor and a beautiful natural location.

In southern Africa, we are blessed with alfresco dining weather almost year round. When dreaming of local outdoor dining, my mind wanders first to lazy lunches in the pool restaurants of Maputo (Clube Naval de Maputo, or Clube dos Empresários) and the airy, exotic rooftop restaurants of Stone Town in Zanzibar, such as the Tea House at Emerson Spice Hotel, or The Silk Route. And, perhaps the most romantic of them all, The Rock in Paje, for local seafood specialities served on a small rock island in the Indian Ocean. But given the opportunity to (armchair) travel to my favourite alfresco eateries around the globe this summer, these three places are at the top of the list.

There can hardly be a more romantic beachside eating experience than Muisbosskerm, with its uninterrupted sea view, fresh seafood and mussel shells as your only cutlery – all served with true South African hospitality. Central to their success (and there have been many who have tried to imitate their iconic recipe) is the honesty and generosity of the dishes, prepared mostly on the open fire. Fresh fish is the main focus, enhanced by regional specialities such as bokkoms, bakbrood and bredies, all using seasonal local ingredients such as veldkool and waterblommetjies. Yes, it’s sometimes overrun by big crowds pouring out of tour buses – but if you’re able to avoid peak season and holidays, and go at a quieter midweek slot, you’re sure to experience the simple romance of this place in all its glory. 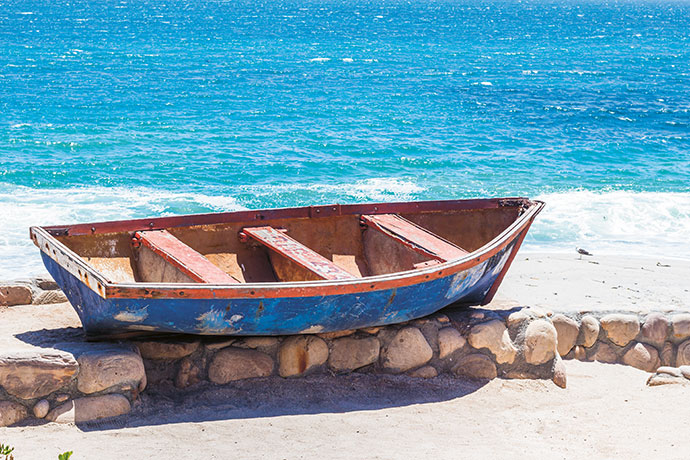 An old fishing boat forms part of the beach decor at Muisbosskerm.

Ever since I met the jovial Adam and Lucy Riley at the inaugural World Restaurant Awards in Paris in 2019 (we were co-nominees in the category for off-the-beaten-track restaurants), a visit to their beachside restaurant on the north-eastern coast of England has been top of my wish list. Riley’s offers sustainable, traceable seafood in simple preparations served in a tiny, makeshift container building perched on a dune. Weather permitting, first prize would be a spot on the veranda – or, even better, slouched in one of their signature deck chairs right on the beach, eating Lindisfarne oysters three ways: au naturel, Rockefeller and with mignonette sauce. 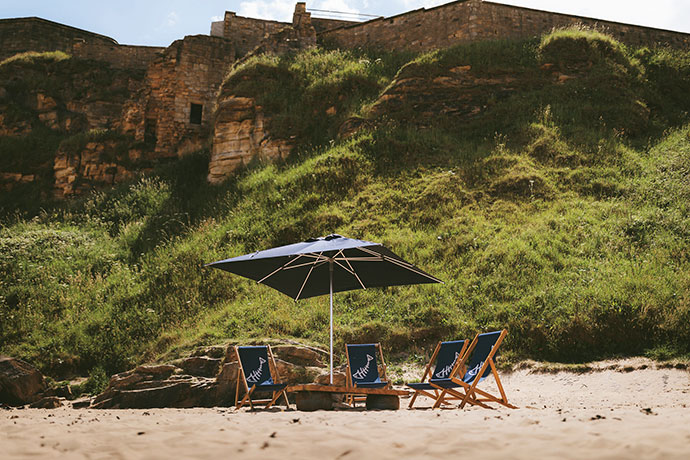 The deck chairs at Riley’s Fish Shack are a signature of this King Edward’s Bay beach spot in Tynemouth.

I’ve never dined as a guest at Fervor, but I had the honour of cooking alongside chef-owner Paul Iskov, one of Australia’s most respected wild-food chefs, at last year’s Gourmet Escape event in Margaret River in Australia. Paul runs Fervor with his South African wife, Stephne Pronk, offering alfresco pop-up dining experiences in spectacular, remote locations throughout Western Australia. Working closely with local communities and traditional landowners, Fervor highlights an array of unique Australian native ingredients in a multicourse menu. Think wallaby with quandong, barramundi with bush banana, and a dessert of honey ants. It’s interesting, clever fine dining under starry skies. At the heart of the Fervor operation is a small overland truck, which has been converted into possibly the world’s most sought-after camping kitchen, complete with solar-powered refrigeration, all the appliances of a well-stocked restaurant outfit and simple tools for cooking over the open fire – plus off-road-proof drawers full of beautiful stemware and handmade crockery, of course. 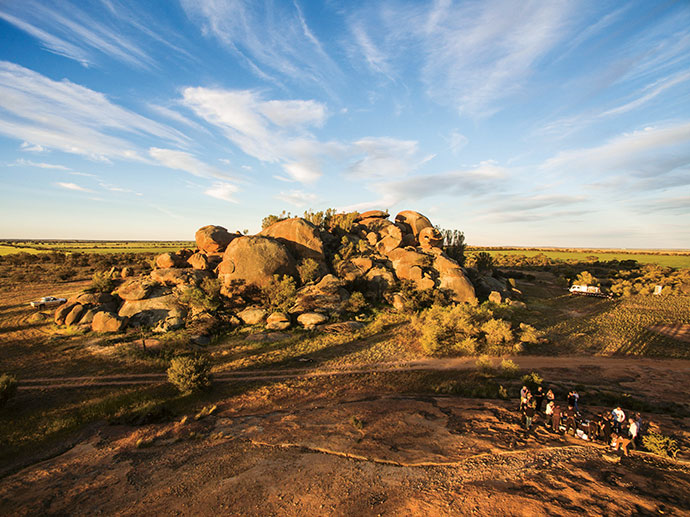