BULLDOG Gin – the contemporary London Dry Gin known for its bold identity – has partnered with four local creators to produce a series of collaborative pieces that celebrate each individual’s craft and accomplished trade.

Bonolo Chepape of Lulasclan, Laurie Wiid Van Heerden of Wiid Design, Bonga Jwambi and Marie Aoun of Saint D’Ici have each designed and created pieces that speak to the heart of their craft while taking inspiration from and elevating the qualities and characteristics that set BULLDOG apart as a refined and modern gin.

The collaboration is part of BULLDOG’s efforts to support and celebrate local design, as the brand resonates with the independence of those who seek to carve out their own paths, write their own story and pioneer the unconventional. A total of 12 items have been created from the collaboration’s efforts, with furniture by Bonga Jwambi, woven artwork by Bonolo Chepape, a gin-inspired botanical scent by Marie Aoun and a glassware set by Laurie Wiid van Heerden. 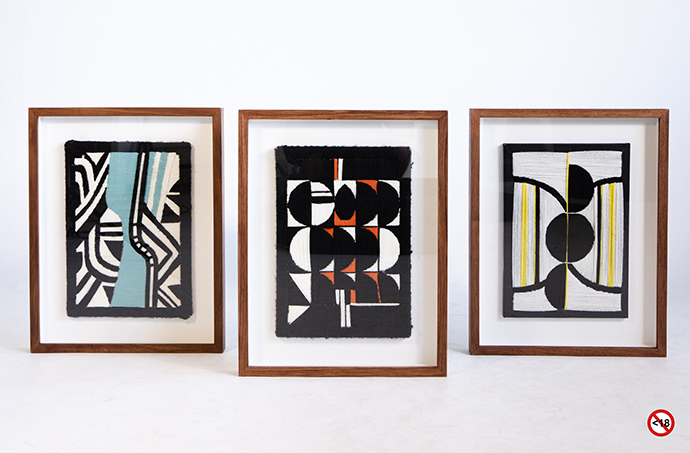 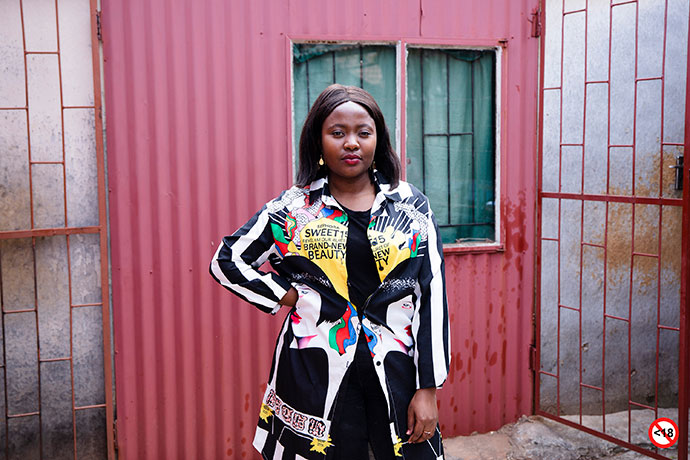 Bonolo Chepape, founder of textile studio Lulasclan created three one-of-a-kind woven artworks that subtly represent the boldness of BULLDOG as a brand. From the “B” in the brand’s logo to the shape of the bottle and the brand’s signature black colourway, various brand traits were considered in Bonolo’s designs to produce the fluid yet geometric shapes in the final artworks. “I see myself as a woven person – there’s different parts that come together to form my identity. And that’s what I wanted to explore in terms of the brand and depict in the three pieces I’ve created.” 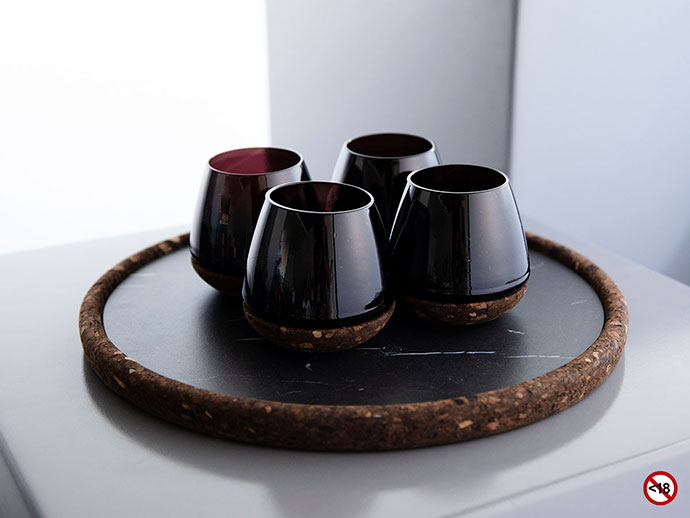 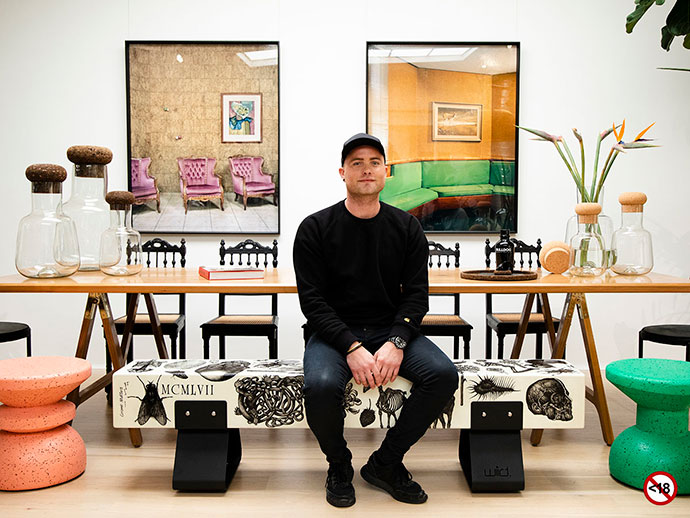 Laurie Wiid van Heerden worked with Ngwenya Glass to create a gin glassware set made from recycled BULLDOG Gin bottles. “We came up with the concept of a short gin glass with a unique twist – where we could incorporate recycled glass with cork,” says Laurie. Each glass in the set has been designed to meet and intersect with a cork base to form one unit. The glassware set comes complete with a cork tray featuring a dark porcelain inlay. 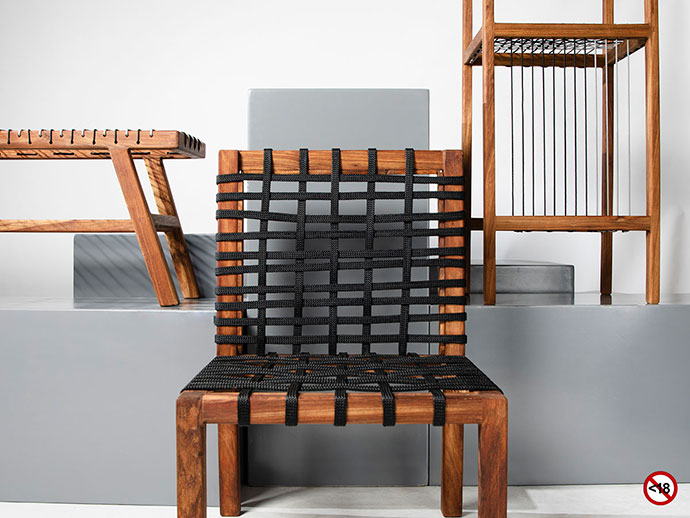 Furniture designer Bonga Jwambi’s goal for his collaborative designs with BULLDOG Gin was to create furniture pieces that celebrated the social side of gin-drinking – items that would encourage intimate moments of interaction and sharing. The final custom designs include a bar stool, bench and low resting chair. “I used a natural wood called Kiaat because of the dimension of colour,” says Bonga. “In one piece of wood you can get about five shades of colour. I wanted to create items that anyone would like; that anyone would love to have in their space.” 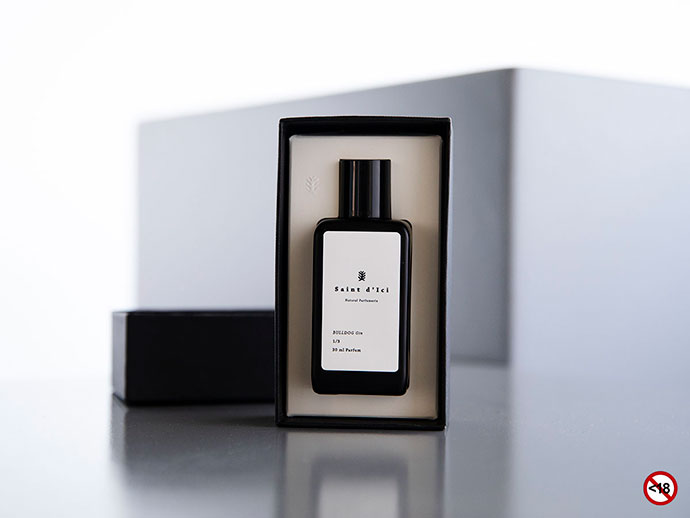 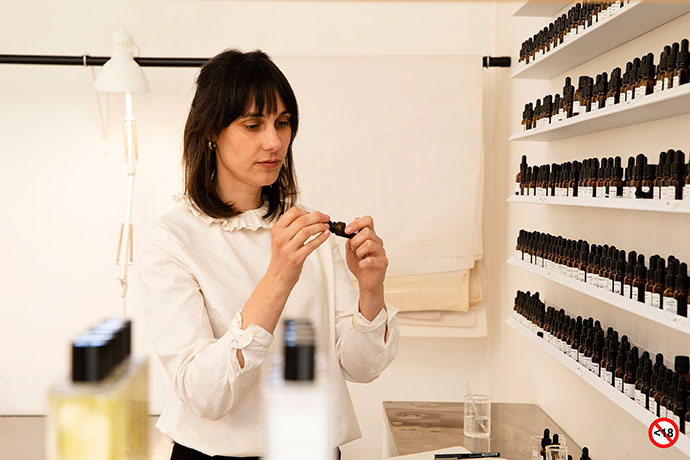 Marie Aoun, founder of Johannesburg-based botanical parfumerie Saint D’Ici, created a collaborative BULLDOG scent, where she worked towards replicating the smell of the gin with the complexity that stems from some of the gin’s natural botanicals. With ingredients such as coriander, bergamot, cinnamon, vanilla and vetiver, amongst others, Marie’s creation with BULLDOG is a unisex scent that is expansive, dry and full of interest and depth.

BULLDOG Gin drinkers stand a chance to win one of the 12 exclusive collaborative pieces when purchasing a limited-edition BULLDOG Gin pack, available in store until the end of December 2020. Not for sale to persons under the age of 18.