Ultramarine, artist Sujay Sanan‘s third solo exhibition in Cape Town, is a graphite interpretation of some of South Africa’s most majestic marine creatures. 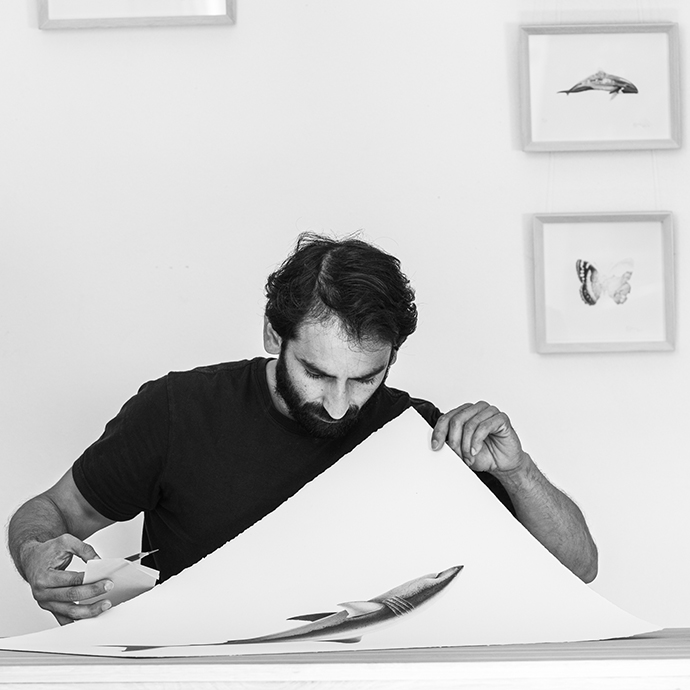 Created at a time where humanity was forced to draw inwards for an unprecedented pause, Sujay found himself reaching outwards in the form of drawing cetaceans and sharks. Considering the complex social structures formed by these animals and the resulting freedom of movement presented to them by pandemic-induced lockdowns, Sujay felt them appropriate catalysts for reflection on our collective human responses to fear and danger.

And while they’ve enjoyed a minor reclamation of oceanic terrain, the true freedom of these animals is threatened like never before. Ultramarine serves as a reckoning with human behaviour. It’s a menagerie of stolen portraits of secretive animals, almost too large for us to fathom, brought to light in the hopes humans may find the sense and empathy to protect them. 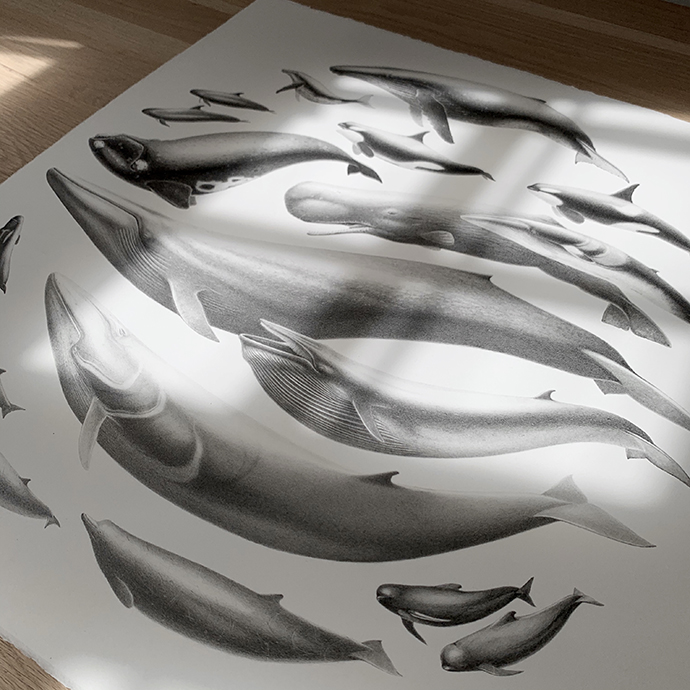 Ultramarine‘s works do not draw from photographic reference. Instead, the creatures emerge from Sujay’s mind, based on the intake of hours of footage, writing, research and documentation.

Ultramarine can be viewed at 6 Spin Street, Cape Town from 11am – 4pm until 20 November 2020. For more info, visit sujaysanan.com.