Two South African architects were selected to participate in the Venice Architectural Biennale this year. Pieter Mathews and Johann Slee both presented an installation as part of the Traces of Centuries and Future Steps exhibition, one of six subsidiary events to the main festival. 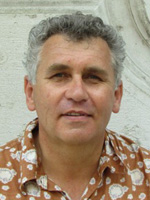 The Stellenbosch-based Slee was inspired by the saying “walking on eggs”, interpreting it as meaning treading carefully on our fragile Earth. Visualising the saying literally, 300 ostrich eggs were installed in the entrance of the Palazo Bembo, where the exhibition was held. Visitors were forced to walk across the eggs, what Slee describes as a “fragile carpet”, to enter the rest of the exhibition.

The significance of the ostrich egg lies in its duality of being renowned for both its strength and its delicacy. A complete ostrich egg can carry the weight of a person, but just one puncture in its shell and the strength is drastically reduced. Our planet too displays this duality of immense strength and absolute fragility.

Cultures across the world recognise the egg as representing life, new beginnings, creation, fertility and resurrection. Historically, in Russia and Scandinavia eggs were put into tombs to ensure life after death. In ancient Egypt the winged egg floating above the mummy carries the soul to another birth. The Chinese believed that man sprang from an egg dropped by Tien, a great bird.

Intriguingly, Slee also found that the saying “walking on eggs” exists in over 22 languages from English and Afrikaans to Israeli, French and Swahili.

A bridge of light 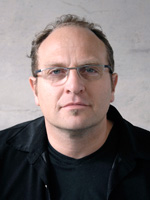 Pieter Mathews of Mathews and Associates Architects in Pretoria were invited to design the courtyard feature of the Palazo Bembo. The resulting origami-style bridge spans the courtyard and is a conceptual reinterpretation of the signature facade of the Nellmapius Bridge, completed by the practice in June this year.

For the installation, the original concept sketches of the bridge were enlarged to form a paper-like skin, emphasising the origami origins of the idea. The randomly-ordered tension that is produced by the rough sketchy drawings contrasts the clean geometric planes of the form. LED lights add a transcendent glow at night.

The Nellmapius Bridge by BKS engineers is a crucial junction that crosses the N1 highway, the transport spine of the country. In designing the facade, Mathews sought to combine a sense of randomness and origami as a metaphor for the many facets of the vibrant province of Gauteng and South Africa as a whole. Manufactured from steel, the panels have been fixed to the bridge in an honestly expressed manner and lit in such a way to accentuate the fact that the steel panels are only bolted-on cladding and are not structurally integral to the bridge design.

Lighting design also played an important role in the nocturnal effect. Light masts were used to generate additional height and, by arranging them at uneven intervals in an apparent random arrangement of heights and angles, a dynamic effect was created. In order to the maintain the powerful 3D qualities of the actual facade, cold white LEDs were installed to light up the bottom of each facet with the rest receding into the dark shadow.