A former stable has been transformed into a contemporary seasonal home by multidisciplinary architecture, design and retail practice Zooco Studio. 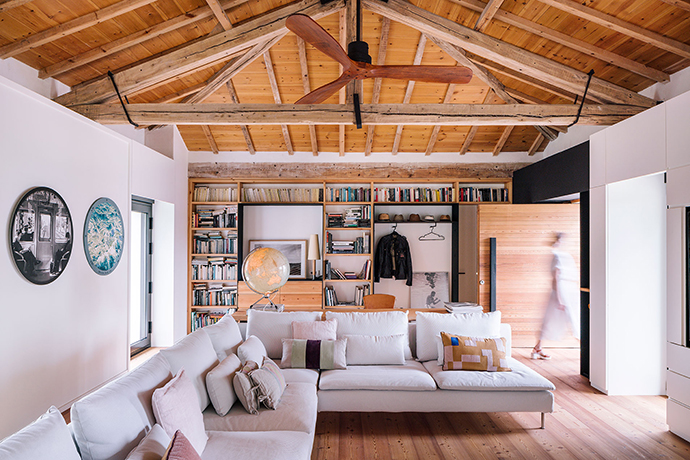 Located in Güemes, a small town east of Santander in Spain, the design of the home pays respect to that which already exists. The only modifications to the existing architecture are enlargements of the east- and west-facing facades, which now invite pause-demanding views of the Cantabrian mountains and beyond. 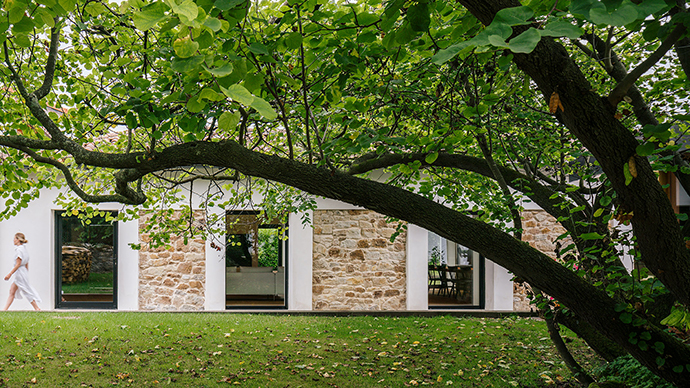 The main spaces of the house have been kept as a single unit in the large central space. The layout of the kitchen/dining room, fireplace, living room, office and bookshelves within this area has been developed in a linear pattern. The only room separate to the general space is the master bedroom, which is concealed behind a bookshelf. A second bedroom, accessible by a flight of exterior stairs in the original passageway, is located above the main bedroom.

A more modern extension building is almost in contact with the existing building, but doesn’t touch it, facilitating the creation of open space between them.

Love this space? Check out this Belgian barn conversion by Studio Farris Architects.