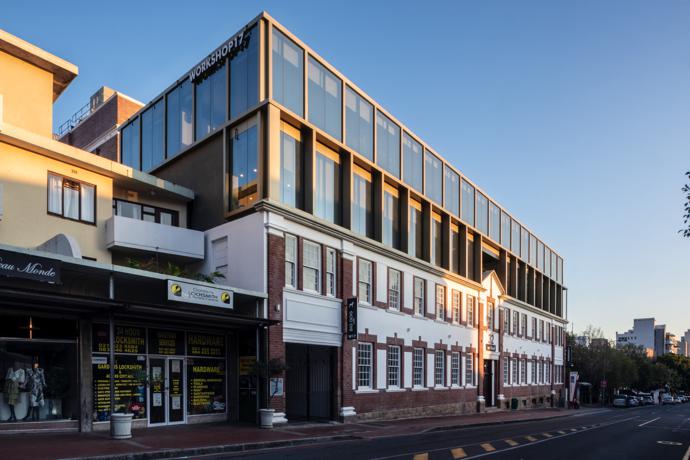 Built in the 1920s, 32 on Kloof serves as the frontage and catalyst project for Longkloof: a revitalised precinct developed by Growthpoint Properties and designed by dhk. A primarily landlocked site bordered by Kloof Street and featuring an iconic collection of historic red and white masonry buildings, the R550 million investment will result in new commercial and retail spaces, a 150-room Canopy by Hilton hotel, and secure pedestrian routes linking busy Kloof Street to the CBD.

Several buildings were erected in phases between 1900 and 1922 to form a campus for the United Tobacco Companies (UTC) Limited. Comprising a warehouse, factory and staff facilities, these premises have been recognised by the Western Cape as heritage buildings to be protected and preserved.

Taking the historical value and heritage constraints into account, the brief to dhk was to maximise the available real estate, establish two more floors of rentable space, and reinvent the windowless basement. The response was an “honest dialogue between heritage and contemporary elements,” according to dhk;  a minimalist approach that references rather than replicates. 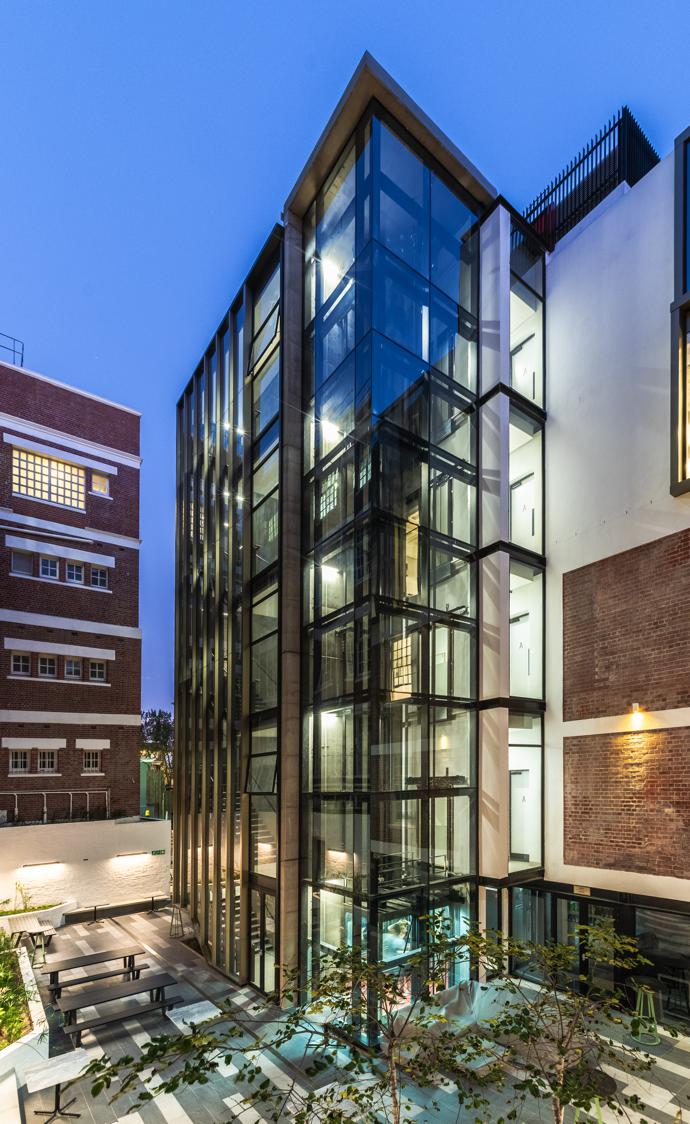 The result is a deliberate architectural hybrid “that politely enhances the building’s street presence”. Aluminium-clad fins, for example, have been used to articulate the façade while contrasting the historic building’s order and rhythm and simultaneously stitching new and old together. The red-tiled roof, added in the ’90s, was removed to allow for a two-storey orthogonal addition: A glazed façade that makes the distinction between the levels clear and provides magnificent views of Table Mountain and the city. 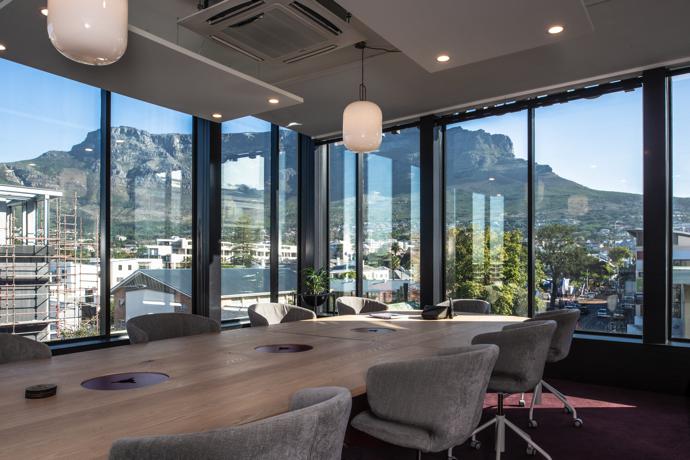 The building is occupied by Workshop17, a co-working space made up of 30 private offices, nine meeting rooms, three boardrooms, a seminar room, event space and bar, and six lounge-libraries. A café completes the offering, located in the new sunken courtyard which was designed to align with the basement. 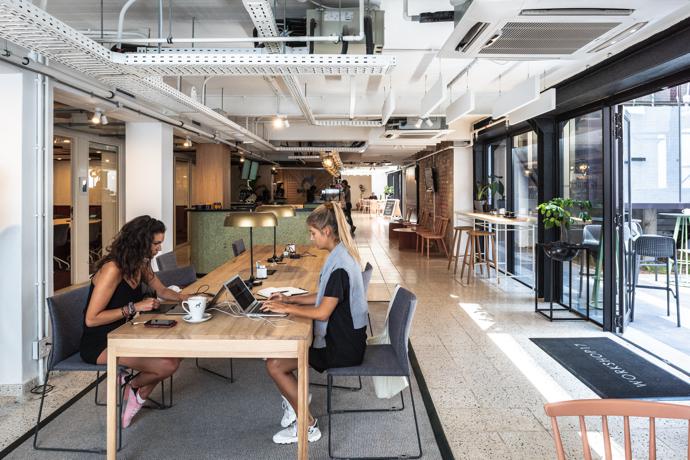 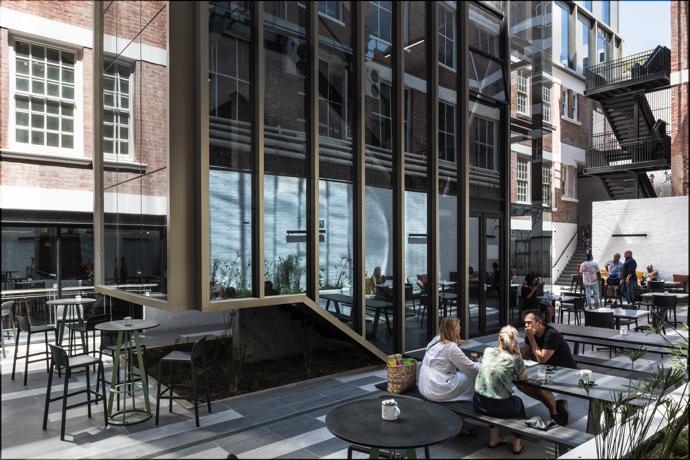 “32 on Kloof respectfully enhances the streetscape of Kloof Street,” says Pierre Swanepoel, a partner at dhk and lead architect on the project. “[It] creates frontage for the Longkloof precinct behind it, and serves to protect, preserve and celebrate the heritage of the building. Marrying historical and contemporary influences, the building successfully pays homage to our past while looking to the future.”

Follow @dhkarchitects on Instagram to spot other city landmarks designed by the studio and stay up to date with the latest projects.