For the renovation of this three-bedroom cottage located in Cape Town’s Atlantic Seaboard into a modern lock-up-and-go home that maximises a compact footprint, the owners had to first tackle a poorly executed subdivision.

Some years before, a second storey had been added under the eaves with a separate access along the side of the house or via an internal spiral staircase. Consideration hadn’t been paid to the cottage’s structural integrity, and taking into account the property’s heritage (it is estimated to have been built in the ‘20s) and position on the coastline, it was dilapidated and in need of major restoration. 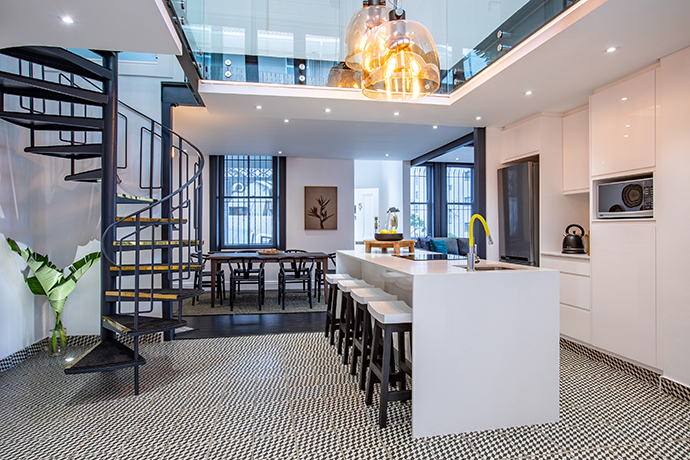 To realise their vision and the property’s potential, the owners worked in collaboration with contractor Ian Northing of Innovation Projects, interior designer Floris Marais of Suttie & Marais Designs, and Rini Harrington and Helene Siepman, a sister duo who have experience decorating rentals with all of the appeal and comforts of home.

While the historic façade remains unchanged, the interior has been dramatically modernised. The owners consulted with a structural engineer and steel beams and joists were employed to support the upper level and allow the downstairs entertaining and living areas to be open plan.

One of the goals of the renovation was to make the home as light as possible. The ceiling was removed above the kitchen to create a double volume ceiling downstairs. Not only does it open up and connect the two levels, but it echoes the double-volume enclosed courtyard, which the kitchen leads onto.

Two of the en-suite bedrooms, study space and roof deck are accessed via a gantry with a frameless glass balustrade that assists with the overall sense of space and openness. In the upstairs bathroom, light enters through a circular window, the only hint from the street of the updated interior. 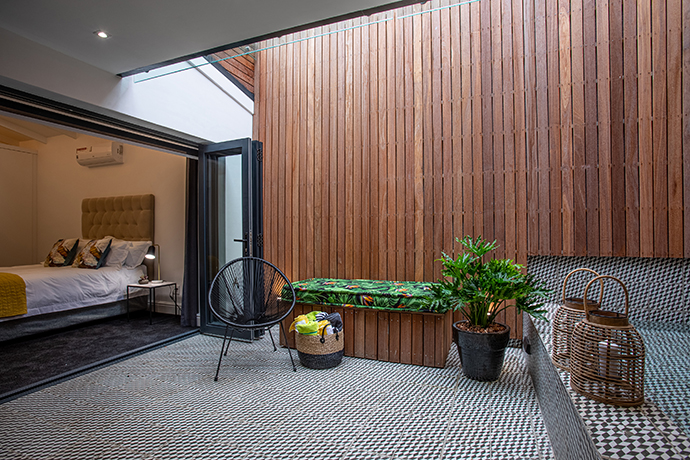 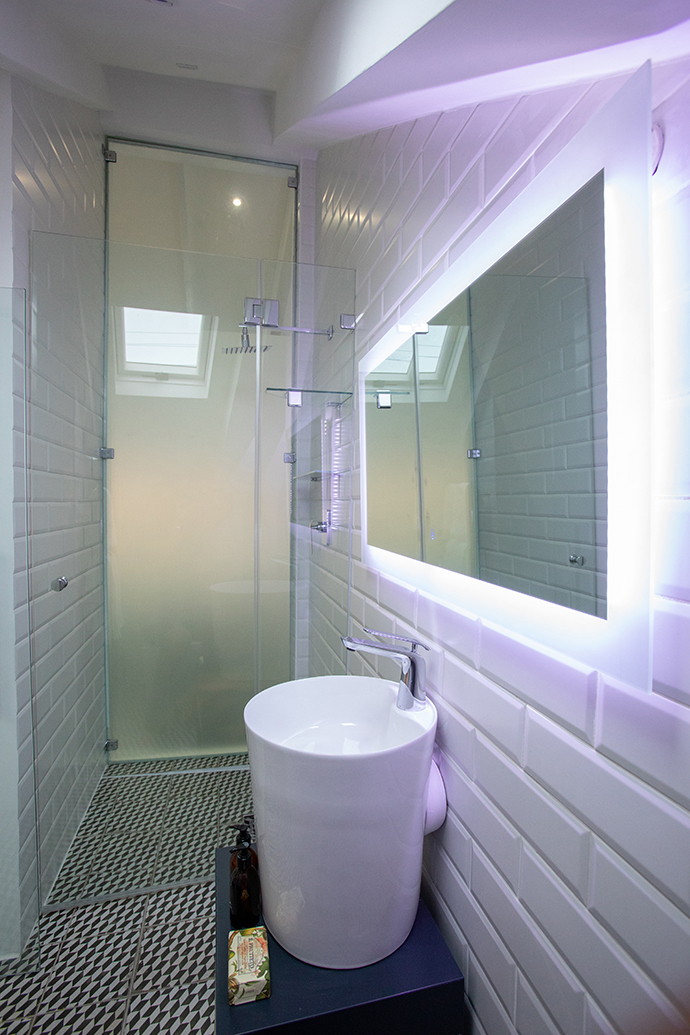 From the shiny exposed beams and joists, restored spiral staircase, original fireplace, wooden floor and window and door frames, the cottage’s key components are black, and the fittings and furnishing has followed this monochrome cue. Graphic black-and-white floor tiles have been used not only on both levels, but internally and externally, too, creating continuity throughout.

The courtyard features a plunge pool, despite space constraints, and has been fully clad in Balau wood, which serves to emphasise the height, while concealing and softening the concrete boundary wall. It also connects the exterior entertaining areas, with the rooftop deck looking down onto the courtyard and offering picturesque views of Lions Head.

Fir House, named for its location on Fir Avenue in Bantry Bay, is on Instagram (@firhousebantrybay) and available to rent on AirBnB and Private Property.