Graphic design maestro Peet Pienaar has turned an art exhibition in Mexico into a visual fiesta.

Renowned South African artists such as William Kentridge, Nicholas Hlobo, Zanele Muholi, Penny Siopis and Athi-Patra Ruga are participating in an exhibition in the Mexican city of Oaxaca de Juárez. Peet Pienaar, who lives between both countries, was tasked with creating the graphic elements for Hacer Noche (Crossing Night).

Hacer Noche is an exhibition of Southern African art in Mexico, exploring both cultures’ relationships with death. How did you bring this through in the graphic design?

I included mielies because of the Aztec belief that maize was the origin of Man, so it symbolises life, which is similar in Africa because of it being a main food source. The snake is a symbol of death, and the dog – according to Mexicans – represents the afterlife. It’s the same in Africa, where animals are linked to the afterlife. Also, in a lot of South African art, the dog represents the State, so I found it a fitting idea to present it in the design. 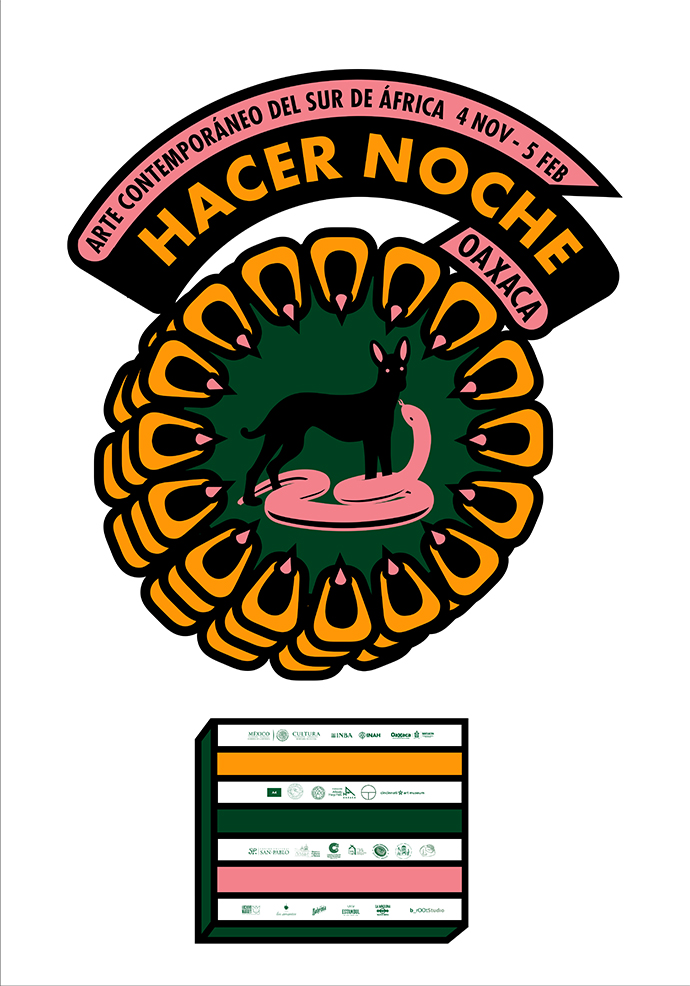 It’s a much more fun and vibrant graphic representation of art exhibition communication than we’ve become accustomed to in such high-profile art shows.

Yes, I wanted to design imagery that comes across as familiar and makes people feel welcome in contemporary art spaces. Design around art usually involves Swiss fonts and minimalism, which have their own context, but which can make audiences feel stupid and unwelcome.

So what font did you use?

I got a local sign-writer to do all the exhibition texts so that it has a very strong handmade aesthetic to it – a contrast to the way art is normally presented. When you see the hand within text, it humanises it, but we also have this notion of it being uncivilised. The less human, the more civilised. Because the exhibition deals with this very human issue, I wanted to make it feel more human. 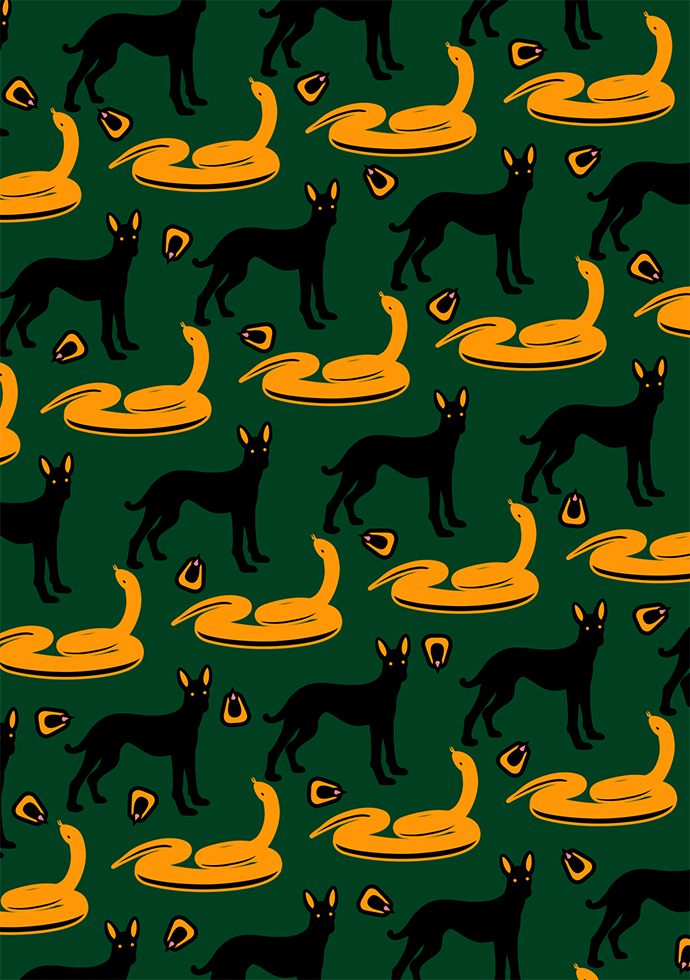 The colours are also very appealing. Tell us about your choices.

Green is used as a shadow moving into darkness because throughout our lives we are moving into the shadows, eventually into the real shadow. Pink represents death and refers to “whiteness”, Colonialism, etc., while the yellow of maize symbolises life.

No, I’ve also done piñatas for the opening party, massive street puppets to be paraded through Oaxaca’s streets, fabrics for the exhibition walls, fabric for shirts for those involved in the project and paper cut-out bunting.

Hacer Noche is an exhibition programme of various shows around the Mexican city of Oaxaca de Juárez. On from 10 November 2018 to 5 February 2019.