As a graphic designer that focused primarily on poster art, Tom eventually yearned to create something more, something that didn’t necessarily have any other purpose than simply being lovely to look at. That’s when he began playing around with his pen. Inspired by snow-covered peaks, desolate desert scenes, oceanic vistas and the power of his imagination, he began to explore blackwork pointillism. What draws Tom to pointillism is the way in which it’s simplistic and detailed at the same time. 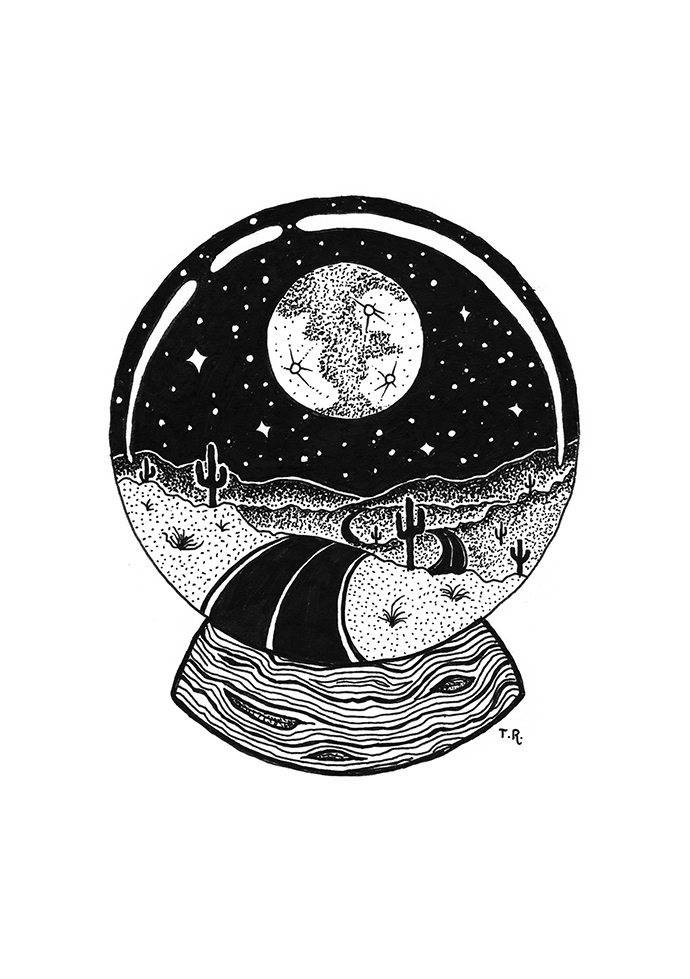 Tom treats his work as meditation and is a firm believer that practicing creativity can be a highly rewarding activity for everyone, not just artists. “Everyone has those flashes of creativity in some form, but not everyone actually tries to make art from them – they really should,” he says. “It’s amazing how just practicing being creative can make you more creative, not just artistically but in other aspects of your life too! You should try it.”

Love Tom’s style? You can look forward to the launch of his surf and skate brand, Self Loathe Club. Keep an eye on his Instagram for more and purchase his dreamy prints here.