Multidisciplinary artist David Brits presents his largest sculptural works yet in the Ouroboros series, an exploration of the integration and assimilation of opposing forms. 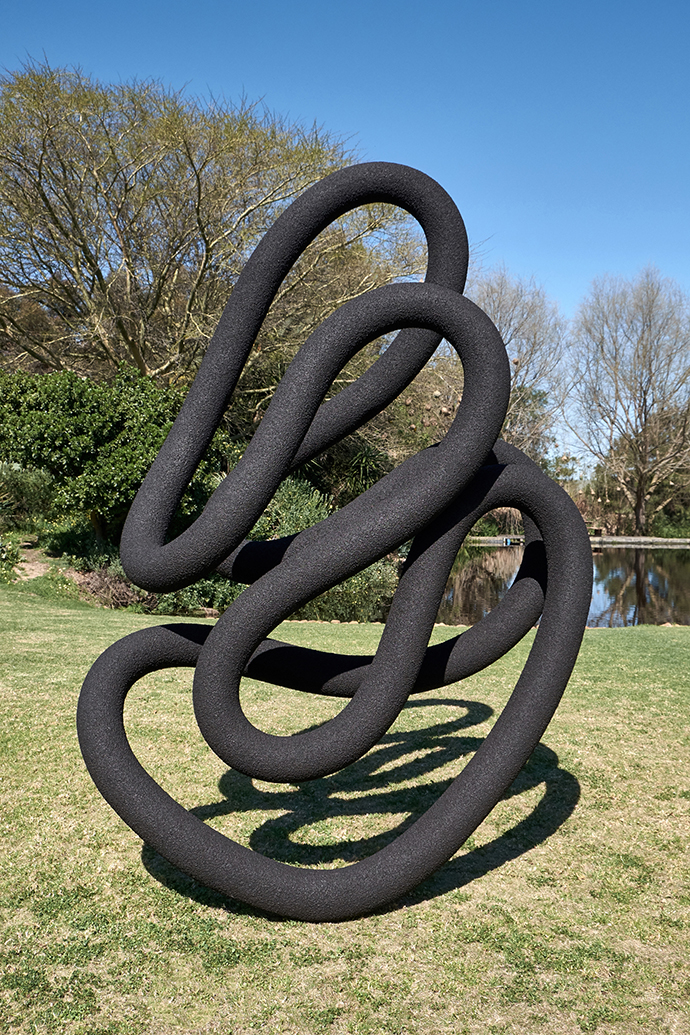 A culmination of the last three years of David’s artistic experimentation and exploration, Ouroboros comprises a series of complex and commanding artworks that delve deeper into his serpentine fascination, while questioning the nature of shape, scale and symmetry. Viewers are invited to discover an endless flux of form through shifting optics as they see the pieces from varying vantage points. 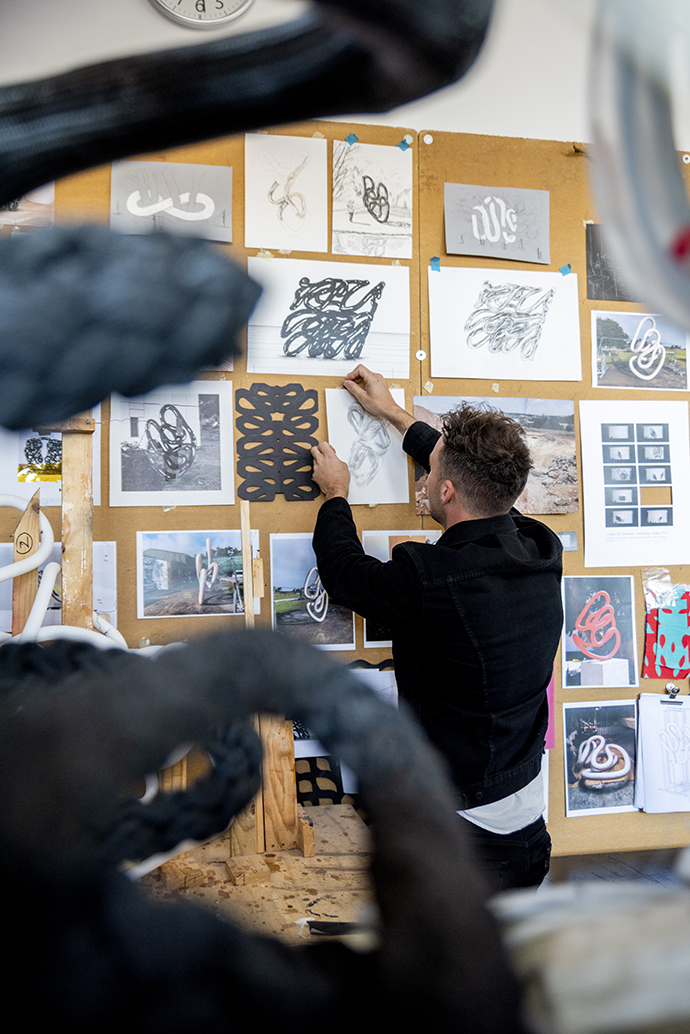 Aptly named, Ouroboros is a word derived from the Greek that describes the symbol of a snake devouring its tail. Purposefully imposing yet perceptibly weightless, the sculptures have no start and no end. They appear simultaneously as a tangle of separate paths and a solid structure that is one. Forms writhe and flow indistinguishably, fluidly and exude a sense of free yet calculated movement. Each work resembles an almost kinetic energy that sustains itself.