Having exhibited to international audiences at The Salon Art + Design in New York and Design Miami, and locally through Southern Guild, award-winning ceramicist and artist Chuma Maweni has most recently presented his collection in Joburg at 100% Design South Africa.

His teardrop canisters, burnished pots and Imbizo furniture series were on display at his stand where he gave live demonstrations, throwing pots and carving into his pieces. It’s no wonder he garnered a special mention in the Product Design category.

Chuma shares the source of his inspiration, what he does for fun and what he’s working on next…

When did you know art and design was in your future?

I didn’t. I was just drawing, playing with clay and making bulls during the four years I lived in Transkei. It was all just for fun. I had no idea about art as a potential career until I passed my Matric. After changing my mind many times, I finally decided to pursue ceramic design.

How did growing up in the Eastern Cape influence your work?

The culture and the traditions of the Eastern Cape have played an important role in my craft, especially in the four years I spent in rural Transkei. That’s when in I got to know about “imbizo” – a gathering where important matters of the village are discussed – which eventually led to the Imbizo table set that I designed in 2018.

How did you go from ceramics to furniture?

After the New Wave Exhibition at Southern Guild in 2017, Julian McGowan approached me about the Extra Ordinary show and the possibility of a table set. Under Julian’s mentorship and guidance I managed to realise a dream of making large-scale ceramics and mixing the medium with others.

Your Imbizo stool won the Object That Moves Award at the 2018 Design Foundation Awards. Talk us through the accolade and some other career highlights…

Winning the two merit awards, one at the Ceramic SA Western Cape Regional Exhibition in 2017 and the other at the Corobrik National Ceramics Biennale in 2018, and then the Design Foundation accolade that allowed me to participate in 100% Design South Africa 2019, has added value to my work, not only financially but also the in gaining recognition from art lovers around the world. It’s been very humbling. 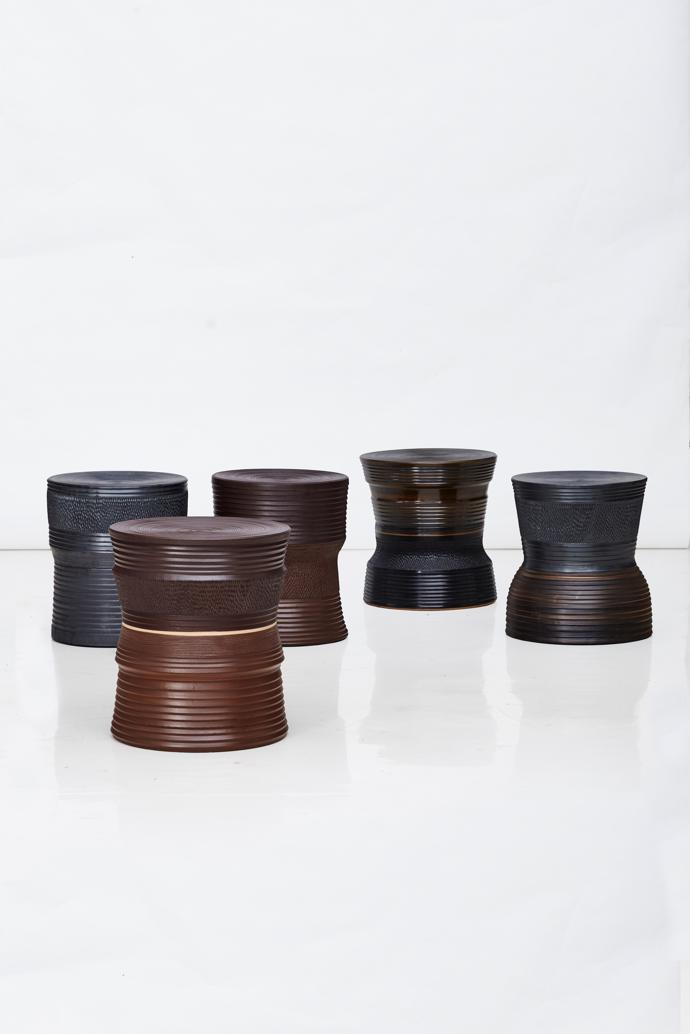 You’re based in Cape Town. Is there anywhere else you would want to live?

If not Cape Town, then I’d definitely be in the vast land of the Eastern Cape overlooking the green fields and hills of my home village in Umtata.

What, or who, inspires you?

I take inspiration from anything that catches my eye. It might be something organic or the shape of a building. Sometimes I look at other artist’s work and reinterpret it completely to make it my own.

Are there any other artists or designers that have influenced you?

Describe where you create your pieces?

Two other ceramic artists allow me to share their studio space, which facilitates an exchange of ideas. It’s a typical ceramic studio with two throwing wheels, tables, clay storage and two kilns.

What time of day do you prefer to work?

I prefer working at night when there’s quiet and peace and nothing to disrupt me while I’m busy and deep into production and creativity.

How long does it take for you to complete a piece?

That depends entirely on the size of the piece. Smaller pieces can take from three to six weeks to complete, while a larger piece, like the Ibiza table set, can take up to three months. This includes building, drying, painting and two firing steps.

If you could collaborate with an African artist who would it be?

Magdalene Odundo. She is a knowledgeable ceramicist, the shapes and the way she finishes her burnished and smoke fired vessels. I think I would learn a lot from her.

Being “creative” is often considered – and encouraged as – a hobby. Since your work is creative, what are your hobbies?

Hiking up the mountain and seeing the views that the Cape Peninsula has to offer, watching movies and listening to music. 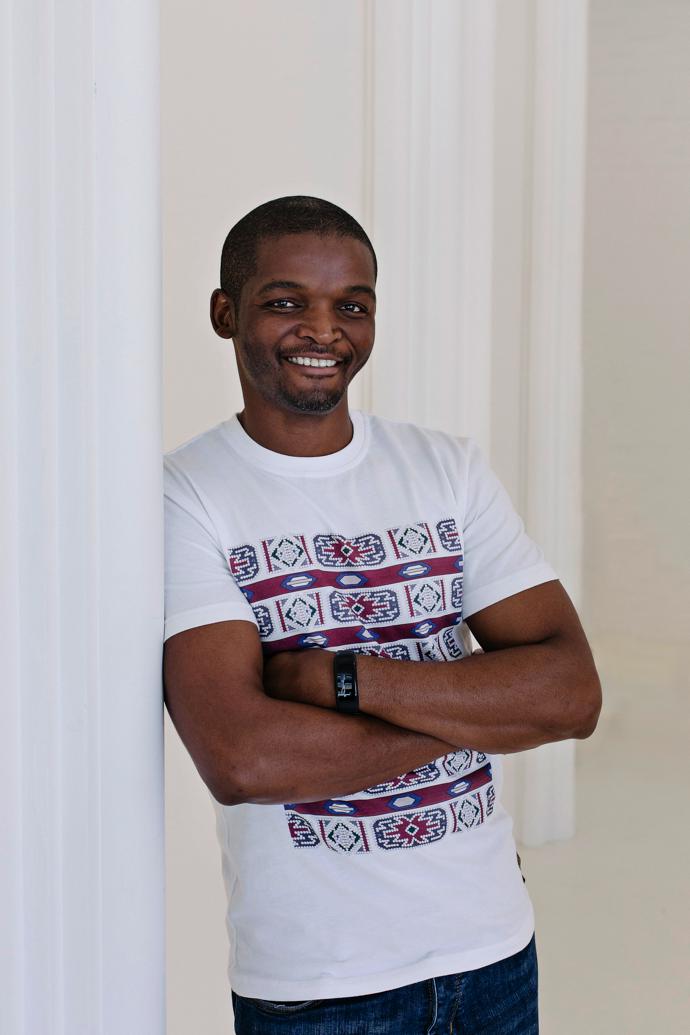 If you weren’t a ceramicist/artist/designer, what would you be?

I would most probably be a Paediatrician; I’d probably give them something creative to do while they wait for consultation.

Where was the last place you travelled and did you buy anything to bring home with you?

Last year I visited Botswana. I brought home a beautifully handcrafted bag for my wife.

Do you have a treasured piece of art in your home?

I have a piece by Charmaine Haines, my lecturer at the Nelson Mandela University, and a few small pieces by Andile Dyalvane.

What are you working on at the moment?

I’m catching my breath after 100% Design South Africa in Joburg. Two galleries have shown interest in selling my work locally and internationally. Watch this space!