A block of apartments in Maboneng, Johannesburg, combines thoughtful, occupant-centred design with a modern African aesthetic.

Is this what modern African architecture should look like? It certainly is a modern African design in a modern African city – Johannesburg’s eastern CBD, on the peripheries of Maboneng – shaped according to the real needs of real people. The building is a block of flats called Corner Fox (it’s on the corner of Fox and Commissioner streets), and was designed by Gregory Katz Architecture. 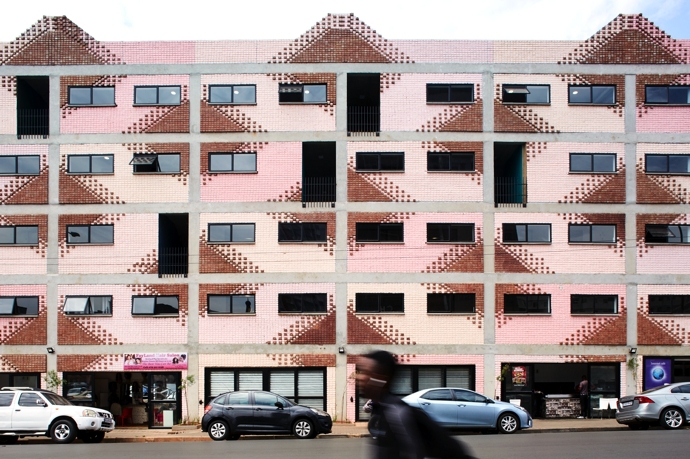 Gregory has taken a bunch of ordinary requirements and constraints, including a tight budget, and created something quite extraordinary. His design is full of ingenious little departures from the standard template for a high-density residential building, all of which make a big difference. And refreshingly, it looks like nothing else around it.

The eye-catching façade is achieved with nothing more than painted stock bricks, and a sprinkling of facebricks turned at right angles to create that pixelated-looking pattern. The building takes up a full city block and follows a classic courtyard layout, with the flats on the outside forming a protective outer wall, and looking in over a central courtyard with parking, a lawn and a swimming pool. “We were working with the idea of a sanctuary,” says Gregory. 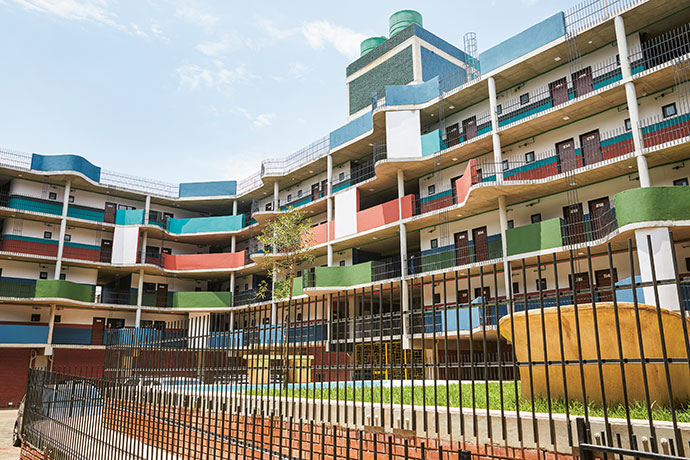 Bulges and undulations along corridor edges encourage residents to interact.

It’s not cut off from its surroundings, though. The edges along the sidewalk are home to shops that face the street to keep the pavements around the building active, busy and safe. The arrangement of the apartments and the corridors inside is also designed to be busy and active. “We wanted to recreate the micro-context of the street and foster a sense of community,” says Gregory.

He has brought the common areas – such as corridors – to life with clever tweaks. For example, there are bulges and undulations along the corridor edges where people can stop and chat. “Typically, there are no breakout spaces in the CBD, so people tend to leave their buildings, which are then largely deserted during the day,” he says. 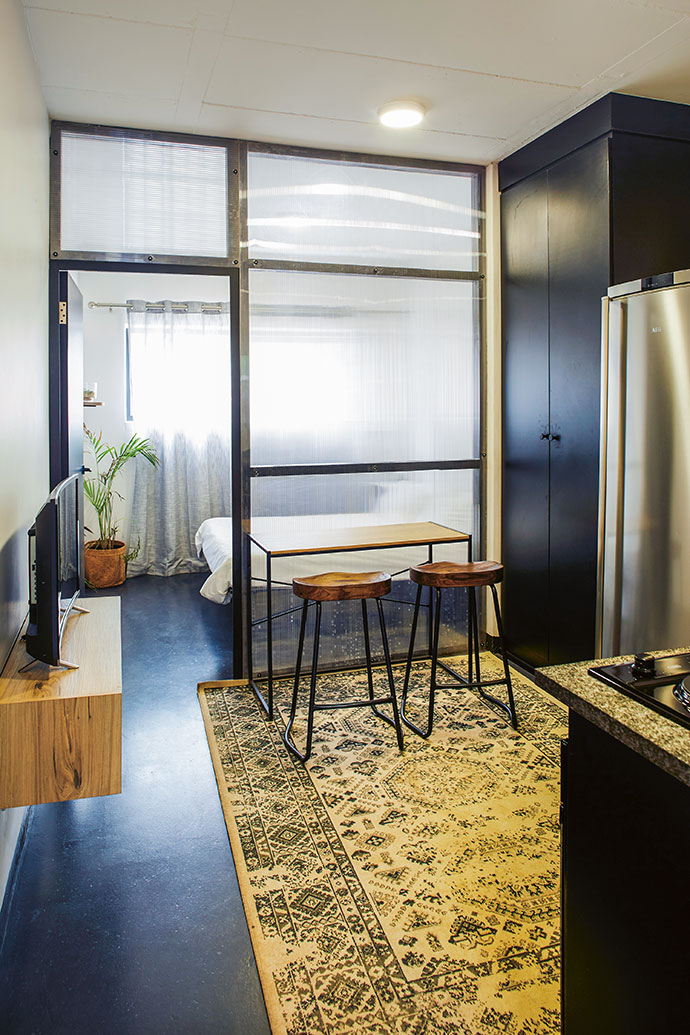 Oxide floors and lustrous finishes add to the feeling of space, while polycarbonate screen walls bring in natural light.

He has also built in multipurpose spaces with laundry basins, going so far as to hope that residents might use the balustrades to dry their washing. “It can be quite beautiful,” he says. Speaking of which, the pattern on the façade was inspired by shweshwe fabric. The fusion of patterns hints at a modern African aesthetic, opening up a sense of possibility for the future of inner-city life.