Mozambican artist Lizette Chirrime, who is known for skilfully combining colour and organic abstract form, has conceptualised a large-scale mosaic entitled Uthomi. It has been installed in a water feature close to Vadas Smokehouse & Bakery at Spier wine farm in the Western Cape.

The artwork, Lizette’s first mosaic, was commissioned by the Spier Arts Trust and produced by the Spier Artisan Studio. “We were keen to work with this talented, thoughtful artist,” says Mirna Wessels, director of the Spier Arts Trust, “not least because her practice — which is often bright, colourful and seemingly playful — is so appropriate for an installation that we hope will engage and intrigue children and adults alike.” 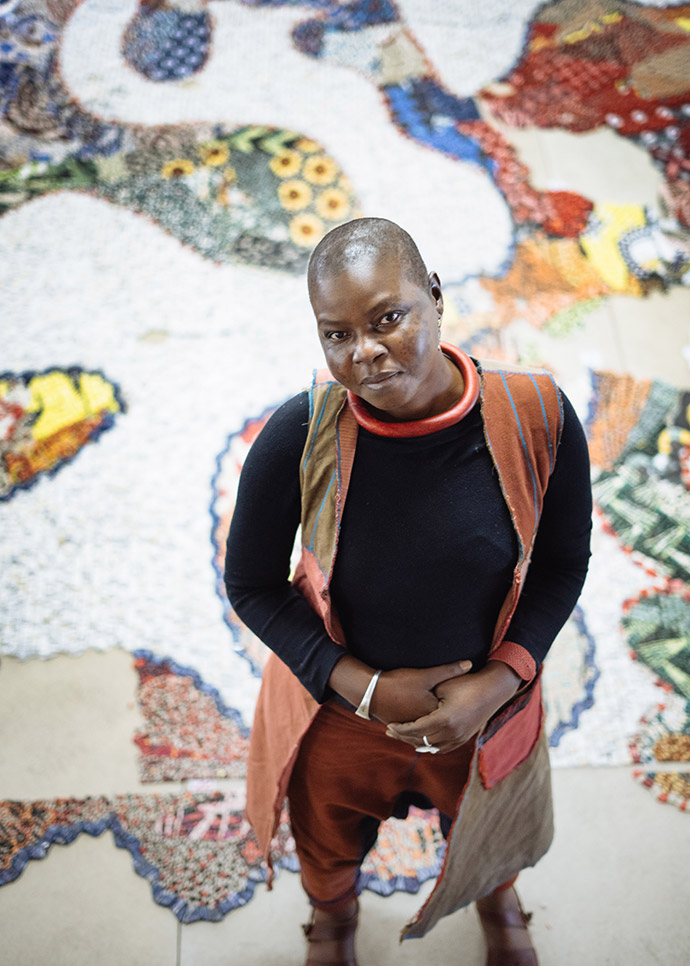 Forming the floor of the fountain, the mosaic has been laid flush with the surrounding surface using a reverse (or indirect) mosaic method. The technique, invented by artist Giandomenico Facchina and used for the installation of the mosaics at the Paris Opera, involves an enlarged mirror image of the original artwork, which is then divided into a number of interlinking sheets.

Rather than the traditional direct method of pasting the mosaic tiles (called tesserae), they’re temporarily pasted face down onto the paper using a special home-made (and water soluble) flour glue. After installation, the paper is removed.

A cement bench has been built in a U-shape around the fountain and visitors are encouraged to engage with the installation and the water. Lizette’s works, some of which are held in collections in South Africa, Spain, Portugal and Italy, often reference water – a link to her upbringing on the coast – and other elements of nature. 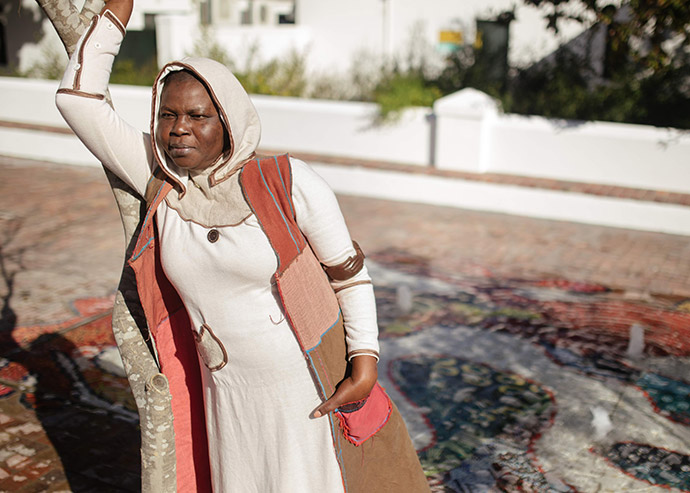 Aware of the negative impact humans can have on the environment, Lizette hopes to inspire and evoke positive change through her art. “This strongly echoes Spier’s commitment to sustainability,” says Spier CEO Andrew Milne. “We are keenly aware that water is a precious and increasingly scarce resource and have drastically reduced consumption over the last few years, through a variety of measures. This includes the 100% recycling of grey and black-water through our eco-friendly treatment plant,” he explains.

In addition to viewing Uthomi and the many other sculpture and outdoor installations on the Spier estate, visitors can see artisans at work creating mosaics and beadwork in collaboration with South African fine artists at the satellite Stellenbosch space of the Spier Artisan Studio.