South African multimedia artist Dineo Seshee Bopape is shortlisted for the prestigious Artes Mundi 9 prize – and if given the award, she’ll become the first winner from Africa. 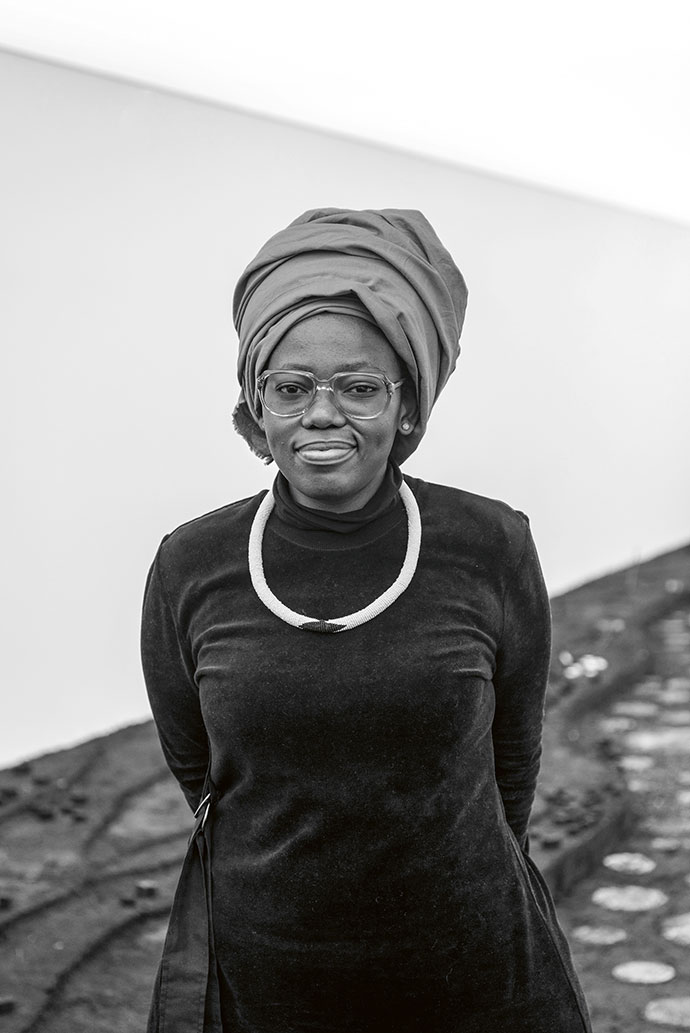 South African artist Dineo Seshee Bopape is just 38 years old, but her work has already had a significant impact on the art scene, both at home and abroad. Her remarkable installations have included an exhibition space with eight-metre-high ceilings into which water (deliberately) leaked from the ceiling, and an installation in which the floor was covered with overturned pillars, smashed bricks, soil, dead flowers and TV screens that looped a dramatised rape scene and Nina Simone’s breakdown at the Live at Montreux 1976 festival.

It’s no surprise, in fact, that Bopape is one of six artists shortlisted for Artes Mundi 9, an award that celebrates contemporary artists whose work engages with social reality and lived experience. The winner of the £40 000 (±R766 000) prize will be announced in January 2021. Bopape is the only African artist to have been shortlisted, and stands to become the first African artist to win this prize.

“I occupy multiple intersecting adjectives,” Bopape says. And her artworks do the same, illustrating the ways that historical events have an ongoing impact on the present. The Johannesburg-based artist was born in 1981, a year she contextualises as the one in which the Brixton riots took place in London; a Durban shopping centre bomb explosion injured two; Archbishop Desmond Tutu was arrested and had his passport confiscated; AIDS was identified; Umkhonto we Sizwe carried out underground assaults against the apartheid state; South Africa invaded Angola; and the late Winnie Madikizela-Mandela’s banning order was renewed for another five years.

Bopape’s work references personal and collective memories in order to explore her individual experiences and wider historical narratives. The titles of her works – such as Untitled [of occult instability] (feelings) or Lerole: Footnotes (The Struggle of Memory Against Forgetting), for example – comment on South Africa’s emotional status quo.

Her trademark large installations touch on sexuality, gender, race, psychology and politics, using materials such as soil, plants, bricks, timber and charcoal. These are intertwined with archival images and sounds, as well as natural and technological systems. “I draw together the celestial and the earthly, the bodily and the metaphysical,” she says.

Bopape was part of the South African pavilion at the 2019 Venice Biennale, and also featured at the 2018 Berlin Biennale and the Biennale de Lyon in 2013. She’s had solo exhibitions in London, Paris, Cape Town, Johannesburg and Rotterdam.