The traditional tropes of maritime design are precisely what architect Kevin Boyd wanted to avoid when designing 9th Avenue Waterside. Originally built 25 years ago adjacent to the Royal Yacht Club, the building used to house a popular restaurant but has stood vacant for seven years, serving only as a shelter for the resident pigeons.

9th Avenue itself is not new to Durban, and owners Gina and Graham Neilson have built a solid following with their French-inspired menu and dedication to sustainability. Their location in Morningside meant their only view was of a parking lot, so when the opportunity to relocate came knocking, they didn’t hesitate.

The brief from the Neilsons centred on salvaging as much as possible. Kevin utilised the existing A-frame structure and painstakingly restored most of the aluminium, replacing the ceiling and changing the shape of the roof by adding a third pitch. The more time Kevin spent in the space, the more he realised that the bobbing of the yachts created a constant sense of motion, despite being on solid ground. This meant he had to maintain strong, linear frames to help keep things grounded.

Since the floor space is one long 50m strip, “We wanted this to feel like you were on board a superyacht,” says Kevin, who brought in a subtle, old-world maritime aesthetic, with brass railings and wine racks, plenty of timber and even a nostalgic brass tea trolley. And there is a stark functionality that one would expect from a yacht.

Undulating bathroom basins mimic the curvature of a sea vessel, and were fashioned by a carpenter who used to be in the business of building ships. Granite countertops mirror the hues of a moody sea, while rattan and teak furnishings commissioned in Bali, with Indonesian teak dining-room chairs, offer hints of island living – especially in the upstairs bar and coffee lounge, where oversized swings create a cocoon with a view. Timber ceiling fans were sourced from Knysna, Kevin’s “second home”. Distinctive disc-shaped brass lighting fixtures from Weylandts, hinting at secret treasure troves, complete the downstairs dining area.

“At least we now look onto a parking lot for yachts,” says Gina, laughing, of their new-look space, which could rival any French Riviera setting. 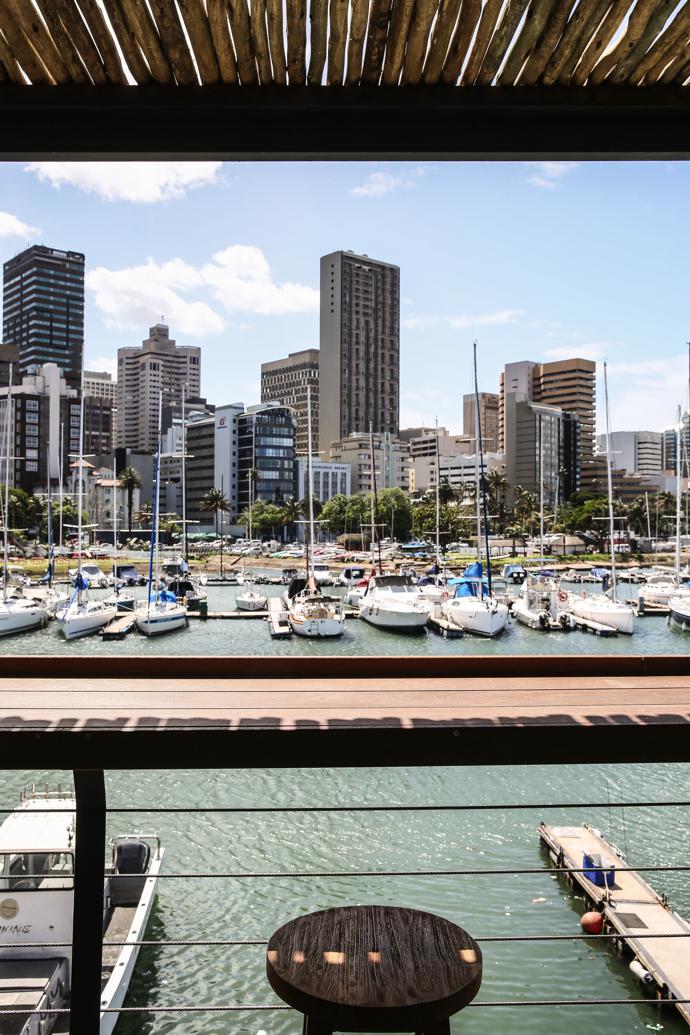