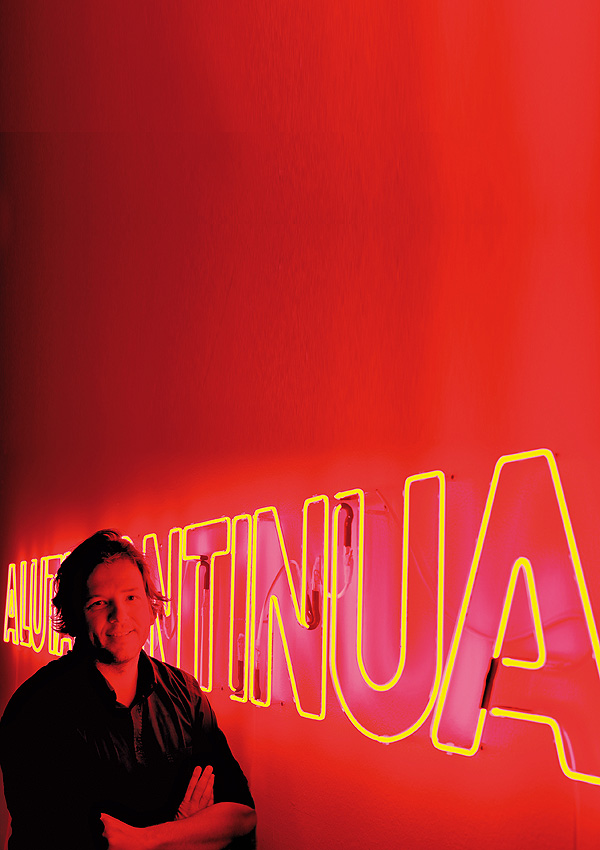 Known for blurring traditional art categories and roles, Thomas Mulclaire is currently artist-in-residence at the Nirox Foundation in the Cradle of Humankind.

Ten years after starting production on an artwork called the Institute for Contemporary Art Cape Town, a functioning art institution that exhibited and published the work of international art superstars Steve McQueen and Peter Friedl among others, Thomas Mulcaire returns to Cape Town for his first show in the city since 2003.

In the interim Mulcaire’s work has been exhibited at major exhibitions such as the Sydney Biennale and Art Basel and, together with local musician Ntsikelelo Ntshingila, he developed the Interpolar Transnational Art Science Constellation (ITASC), an official project of the recently completed International Polar Year, a UN-endorsed research programme in the Arctic and Antarctica.

“We installed the first mobile research base in Antarctica to be entirely powered by wind and solar energy. Built to support artists and scientists doing collaborative research in remote polar environments, the base, known as ICEPAC, involved artists, scientists and engineers from six continents in its design and construction.”

“Antarctica is the only remaining commons on our planet. It doesn’t belong to anyone. The Antarctic Treaty provides a model of how we might work together in the future, here and in space. This makes Antarctica interesting on visual, physical, social and political levels. With ground support from the South African National Antarctic Programme and a grant from the South African National Energy Research Institute, we were able to build an international project on common ground.”

Between a sculpture and a tool

ICEPAC has been invited to take part in the Bienal del Fin del Mundo in Patagonia opening on 24 April 2009. Alfons Hug, the curator of the exhibition, has decided to use the structure as both an exhibit and a satellite venue. “That’s pretty much what ICEPAC is – something between a sculpture and a tool,” says Mulcaire.

He produced other work during the project in Antarctica. Study for Solaris, a film resembling an animation as ships, snow-tractors and helicopters move through shifting water and ice, will be exhibited in Cape Town together with FRIDAY, a sculpture Mulcaire created with Chilean architect Pol Taylor. “No waste can be left in Antarctica, so I collected the crew’s urine in transparent bags to take back with us. When laid out on the ice the bags spell the word Friday. It’s a history of the project, the ice we melted to make water, our DNA, everything we ate and drank is in the bags.”

The work was a tribute to Alexander Selkirk, who was also an inspiration for Daniel Defoe’s Robinson Crusoe. Selkirk was marooned on an island in the Pacific between 1705-1709 and survived alone for four years on what he found in the environment around him. On his return to post-Enlightenment Britain he became an icon of the self-sustaining man.

Mulcaire is finishing a series of works at Nirox which he describes as “painting with light”, translating computer screens and LED panels into paintings.