From a big win for a talented local designer and mesmerising murals to new releases from Le Creuset and Mungo and a new limited-edition chair, these are VISI’s top picks of the week.

Local textile brand Mungo has added a new colour to its range of light-weight 100% linen Dhow Towels. The hue is inspired by the sea foam that washes up onto the shores of Plettenberg Bay (where the brand’s mill is based). 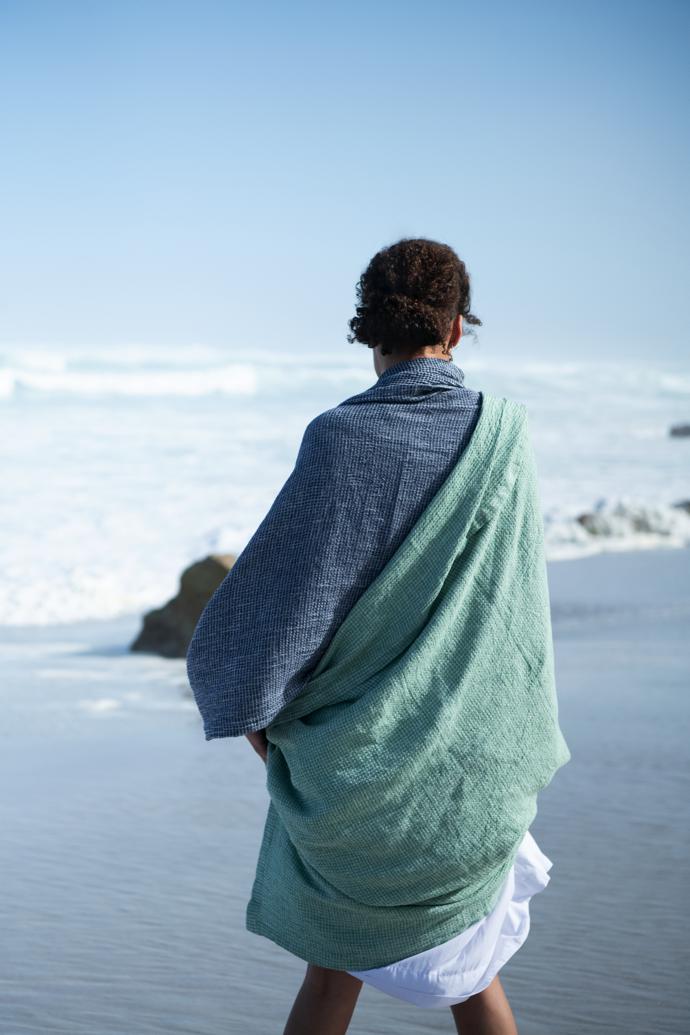 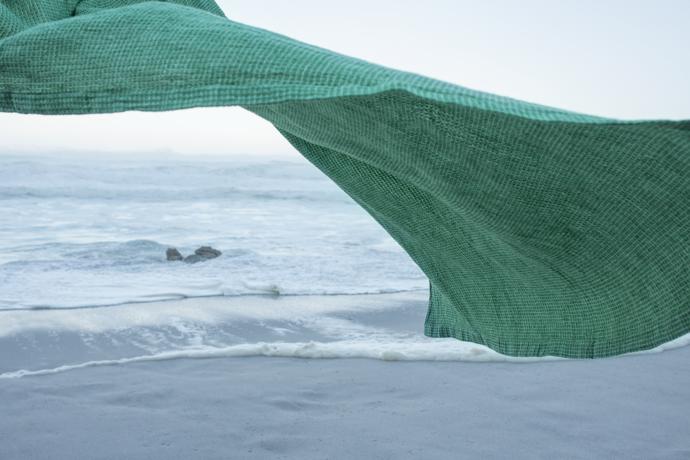 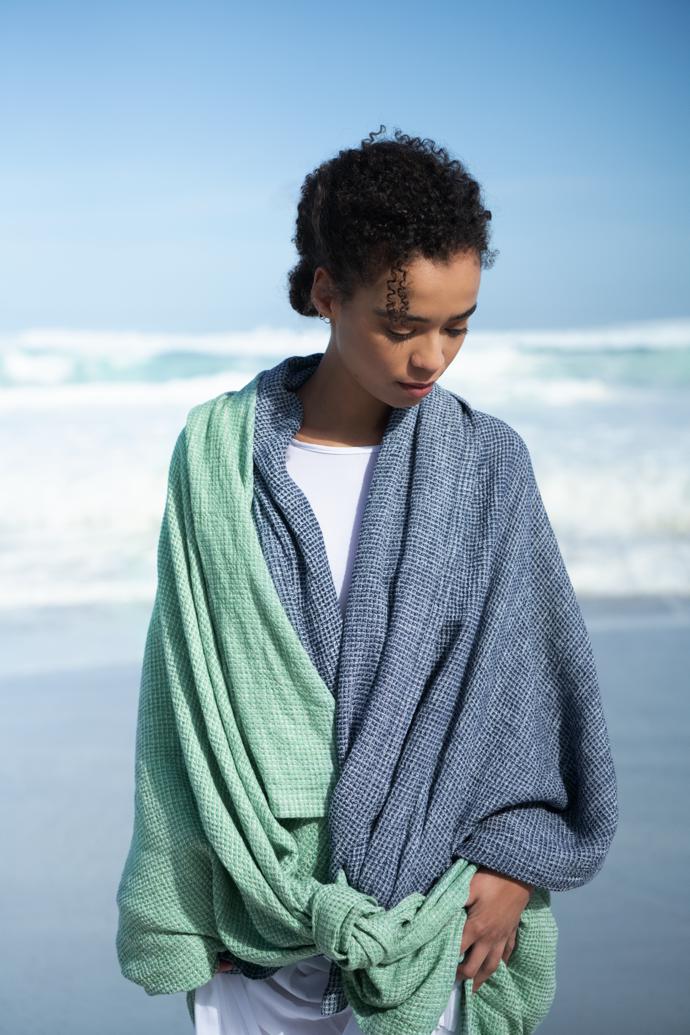 Joburg-based designer Thebe Magugu has won the LMVH prize for 2019. The €300 000 prize, complete with a one-year mentorship programme, is awarded by the luxury group to talented young designers from across the world. Thebe is the first designer from Africa to win the coveted prize.

With the @LVMHPrize’s 6th edition the Group confirms its ongoing commitment to supporting young fashion designers and contribute to the future of fashion. 1st photo The Jury selected the winner among the 8 finalists: Thebe Magugu, 26, South African, based in Johannesburg, will receive a 300,000€ grant and enjoy a one-year mentoring program provided by a dedicated LVMH team covering many fields of. 2nd photo The recipient of the 2019 Karl Lagerfeld Prize is Hed Mayner. Hed Mayner, 33, Israeli, will receive 150,000€ and enjoy a one-year mentorship program provided by a dedicated LVMH team. _ #LVMHPrize #LVMHPrize2019 #fashion

New local brand Feather & Swan has released a limited-edition accent chair in collaboration with artist Dayna-Gay Tate and furniture designer Andrew Dominic. Both the fabric and the chair, made from American Oak, was created especially for the collab. Feather and Swan showcases one design at a time, with only 25 “Victoria” chairs made available. 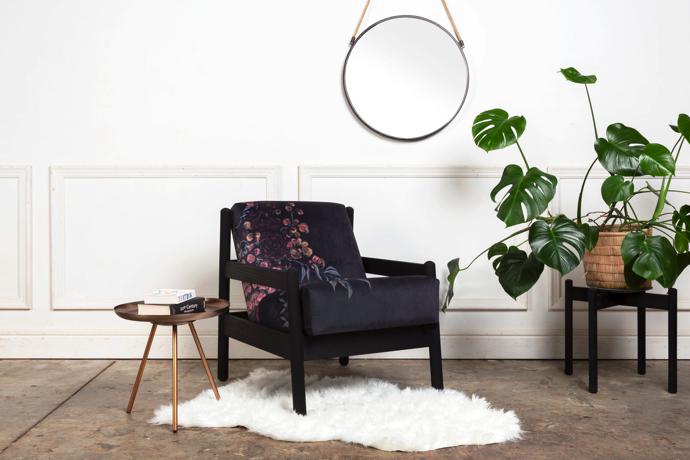 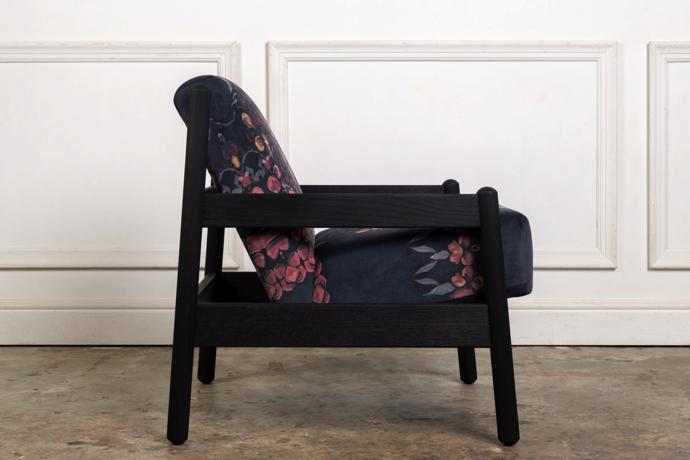 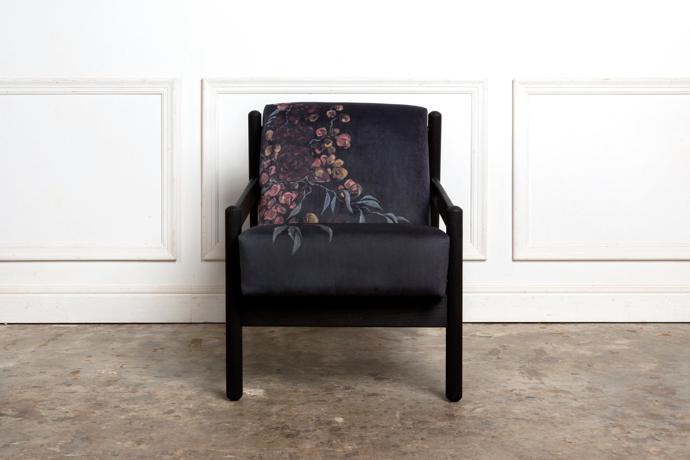 Le Creuset has launched a brand-new Art Deco-inspired 24 cm Signature Round Casserole, a homage to the 1920s. Drawing on the glamour of the era, Le Creuset has combined its Deep Teal colourway with a gold pattern. It’s available at the brand’s select boutique stores and online. 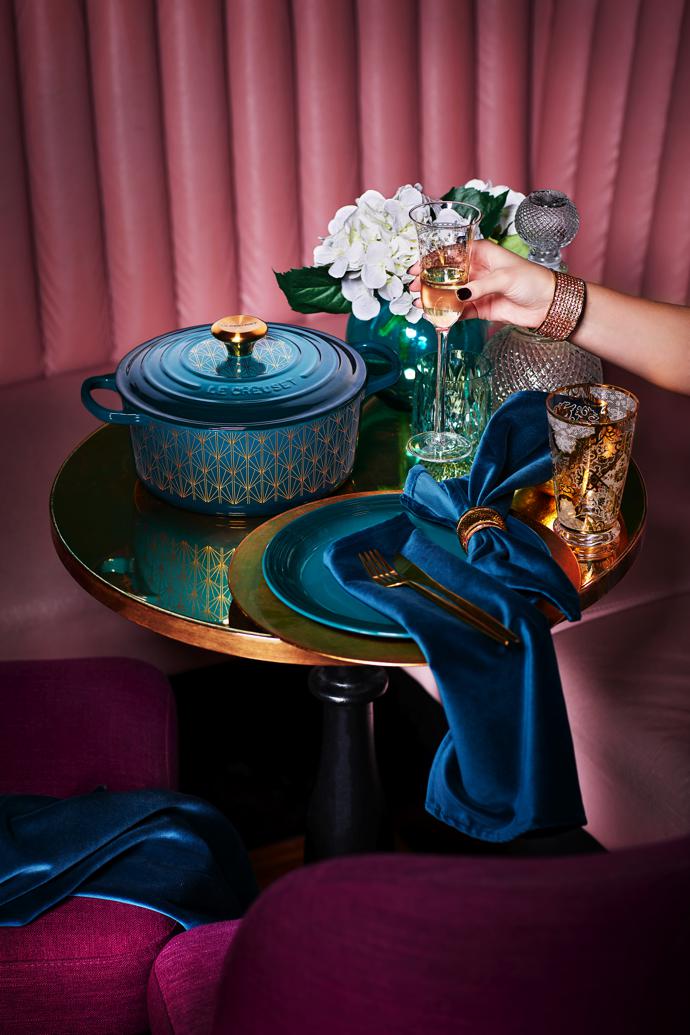 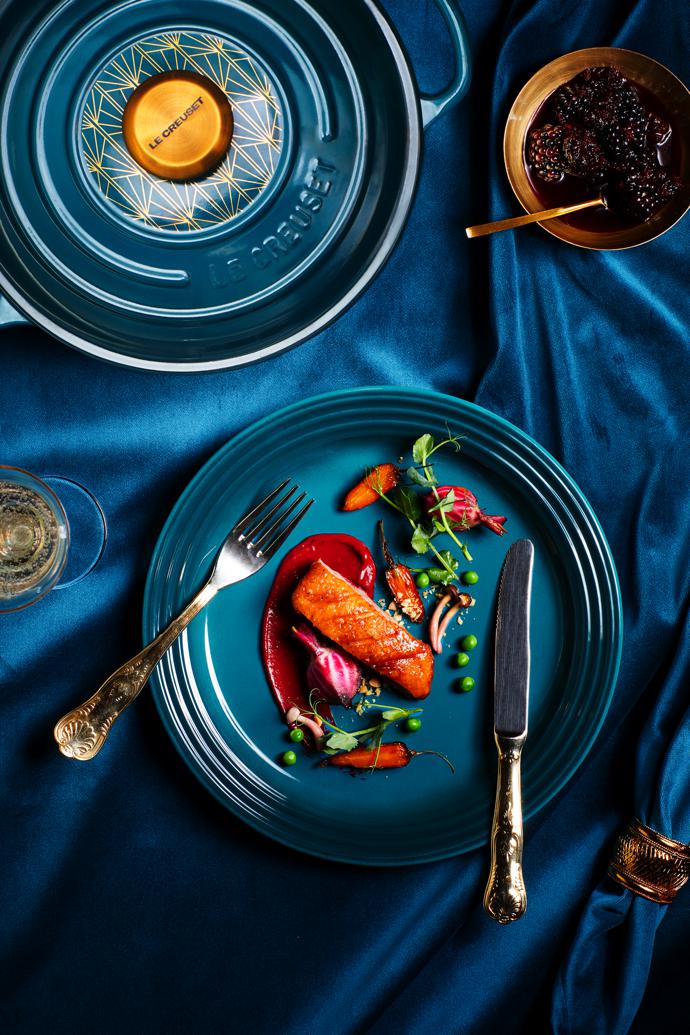 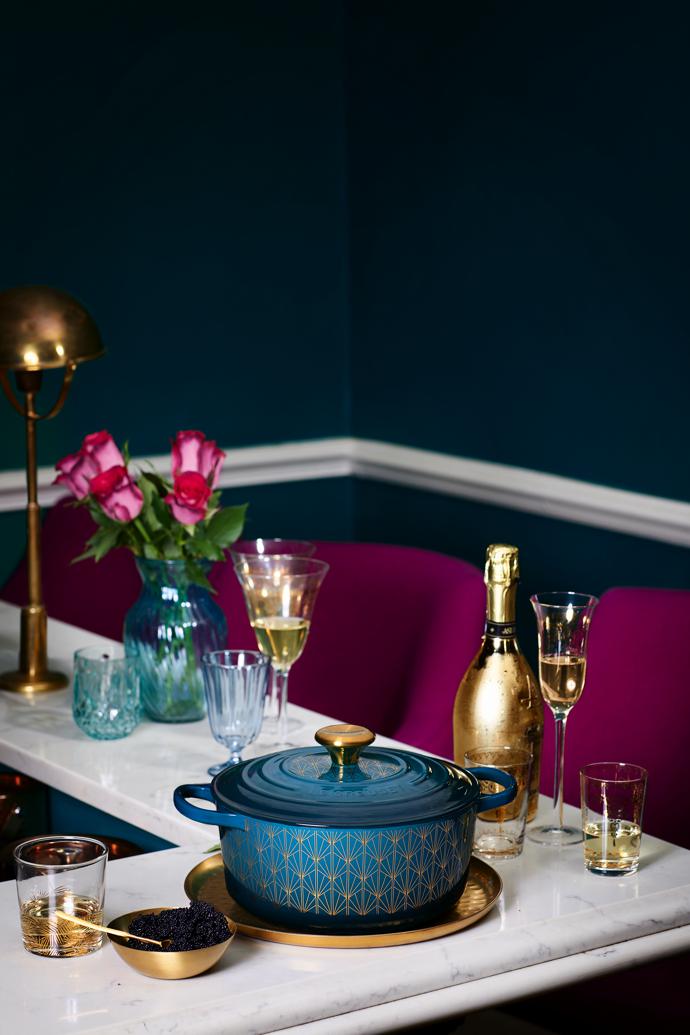 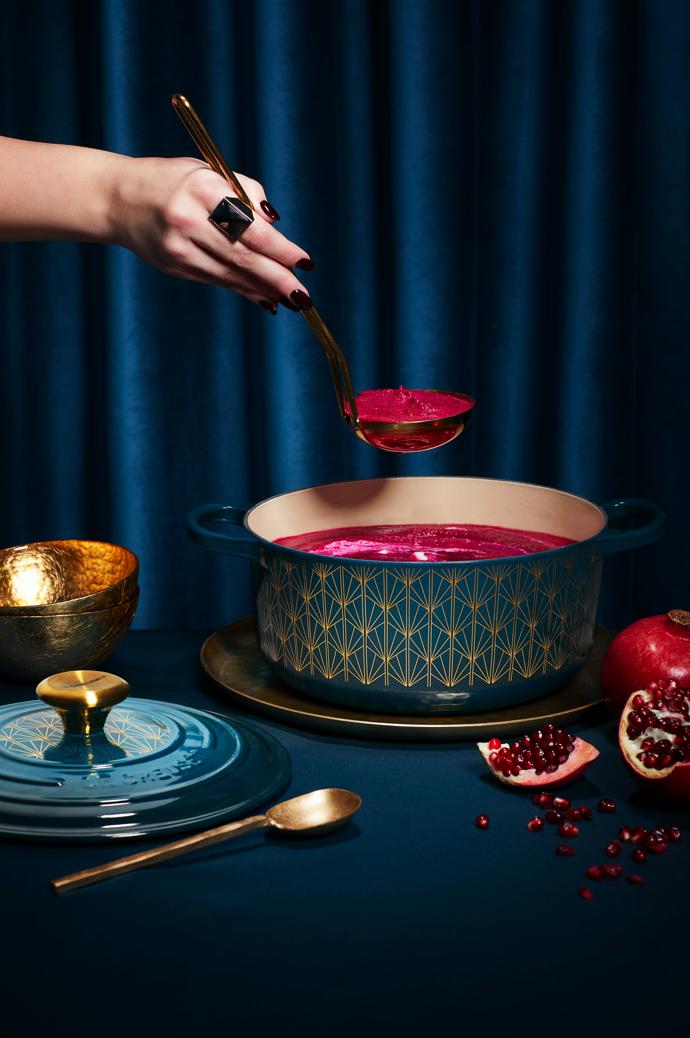 Making use of colour and illusion, Hamburg-based street artist 1010zzz’s mesmerising murals look like portals into unexplored worlds. In an interview with Urbanshit Gallery, on why he uses “holes” in his work, he answers, “Maybe only because holes seem to end in darkness; and that’s what’s encouraging our imagination.”

Finished my mural with @artthiswayfw and @joeandkay on the Lebamoff office in downtown Fort Wayne. Big thank you for organizing this @alexandrahallart! Really enjoyed my short stay here in Indiana!! #10101010101010101010 #1010zzz #tenten

Finished my first wall in Moscow. The 5 banners on the top are just photoshopped for now. 3 of them will remain classic commercial propaganda windows but 2 of them will be transformed in art installations soon!! Not a full success but a step in the right direction at least ✊ Thanks to the great @artriummoscow team for the professional support and a fun time!! #10101010101010101010 #1010zzz #tenten #1010art #moscow #Artrium