Nando’s recently launched a curated online platform that aims to connect the work of some of Southern Africa’s best designer-makers with interior designers around the world.

The next time you step into a Nando’s restaurant, or casa, have a good look around. You’ll no doubt be familiar with the use of vivid colour and the distinctly African aesthetic  that acknowledges the brand’s country of origin (South Africa), its influence (the peri-peri flavours introduced to African shores by Portuguese explorers) and the source of that flavour (Mozambique, where the African bird’s eye chilli is grown). This aesthetic is as bold and emblematic as the jolly hand-painted font and hilarious tongue-in-cheek ads.

Distracted by the smells of flame-grilled chicken, you’ll be forgiven for not realising that each casa is unique, and not simply in layout or location. Look a little closer and you may be surprised to spot some familiar pieces by Africa’s leading lights of art and design. Every restaurant is seen as an expression of the company’s intention to share and grow creativity. Different interior designers are commissioned to interpret each casa.

In addition to generous, welcoming spaces imbued with the zestful spirit of the brand, the design approach is one of curation and collaboration: Interior designers become curators, finding and briefing designer-makers to create bespoke features for Nando’s.

This commitment to craft, creativity and collaboration goes beyond simply kitting out a casa. Nando’s is invested in developing African designers and giving them a platform to flourish. One approach is discovering potential through the Nando’s Hot Young Designer Talent Search. The winners get to see their designs featured in Nando’s casas and engage in a mentorship programme that offers skills and product development.

The second initiative is to grow and share exceptional local skill through the newly launched Nando’s Portal to Africa. The curated online shopping platform, which features the work of some of Southern Africa’s best creatives, is exclusively for use by interior designers commissioned to design Nando’s casas around the world. 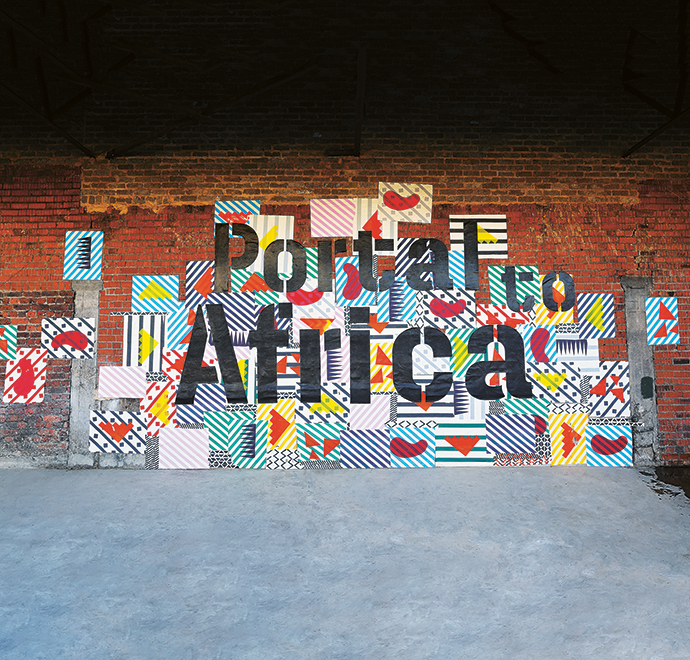 “The Portal to Africa is about putting power behind Southern Africa’s world-class design community,” says Tracy Lee Lynch of Studio Leelynch, who is extensively involved in discovering and mentoring designers, and in curating and launching the portal. “More than five years ago, I challenged the Nando’s shareholders to spend their entire allocated budget for furnishing Nando’s Central Kitchen on South African designs,” she says. “I had an idea that by creating a giant showcase we could evolve a contemporary local aesthetic that would tell our story and share an optimistic vision with the world. The response was incredible.”

Michael Spinks, Property, Design and Development Director of Nando’s SA, is in full agreement: “As a global business we have the opportunity to provide a platform for local talent to gain exposure and develop in a challenging environment.”

The Portal to Africa launch was held at Victoria Yards, a former industrial site opposite Nando’s Central Kitchen in Lorentzville that has been transformed into a creative hub and urban farm by developer Brian Green.

“We wanted to showcase items relevant to the Nando’s world, new designs and tried and tested favourites,” says Tracy. In addition to the furniture and lighting exhibits that Tracy curated, five leading South African interior design firms that have been responsible for casa interiors were asked to curate installations for the launch: HK Studio, Tin Lab, Egg Designs, Reddeco and Studio Leelynch.

“The exhibition was rich and layered,” says Tracy, “and highlighted specific designer-makers that strongly reflect the future of local design. It’s an incredible evolving story, a beautiful, optimistic expression of where we are as a nation.”