Joburg-based gallery and creative studio BKhz is curating a group show titled Blue Is The Warmest Colour at its first pop-up in the Mother City.

Located in Braamfontein, BKhz Studio was founded in 2018 by artist Banele Khoza (read our Artists We Love interview with him here) as a space to both create and display his art and as a platform for emerging artists and curators. Since its establishment, the BKhz brand has committed itself to expanding the perception of contemporary art in South Africa, providing space, visibility, time and support to established and emerging artists.

Under the directorship of Banele, who co-curated the Gallery Lab at FNB Art Joburg 2019, BKhz has curated four solo exhibitions and over 15 group shows in Joburg and Pretoria, and is now bringing the formula to Woodstock, Cape Town. The pop-up’s auspicious location places it near established galleries – Stevenson, Goodman Gallery and blank projects – in this hip art district.

The group show – which includes the likes of artist Nelson Makamo, multimedia artist Vusi Beauchamp, illustrator Seth Pimentel, painter Thando Salman, and photographer Jodi Bieber, amongst others – is the result of a partnership between BKhz and Houtlander, with the support from the American Hardwood Export Council (AHEC) and the French Institute of South Africa (IFAS). Award-winning furniture design brand Houtlander has manufactured a collectable range in American oak that will form part of the show and serve as seating for visitors to the pop-up. 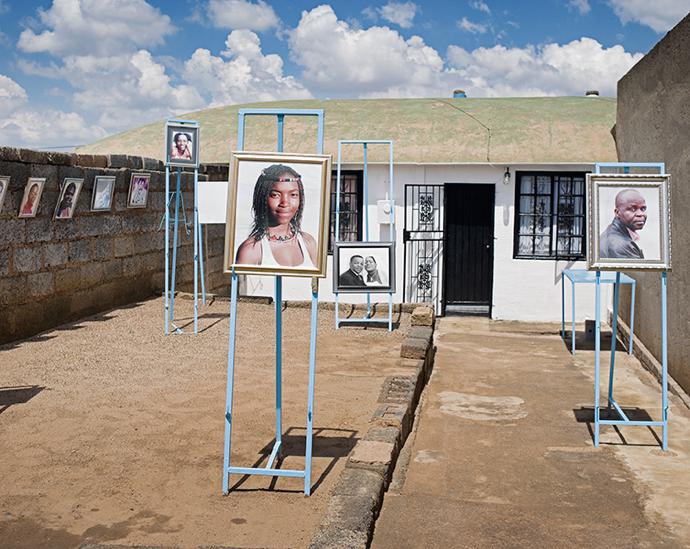 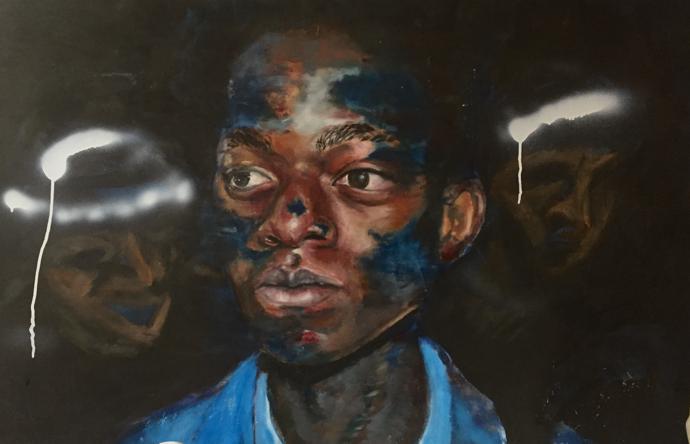 The title, Blue Is the Warmest Colour, is taken from the 2013 French film, which was in turn inspired by a graphic novel, all of the same name. “It’s about understanding the dynamics of blue in the arts,” explains Banele. The colour blue stands as a symbol of the intense emotion, curiosity, sadness and passion. Banele makes reference to Pablo Picasso’s Blue Period, when he painted essentially monochromatic paintings in shades of blue and blue-green, and French artist Yves Klein’s singular use of ultramarine blue in his work.

In the film the colour blue is a focal point, from the lighting of rooms to the clothes and one of the main character’s hair and eyes; the hue’s intensity wanes in relation to the plot. According to BKhz, while some of the show’s artists have worked with blue, others have been challenged to explore territory that is outside their practice.

Blue Is the Warmest Colour will take place from 6 to 28 February 2020 at 41 Sir Lowry Road, Woodstock, Cape Town, with a walkabout on 15 February. Find out more at bkhz.art and on Instagram (@bkhz).