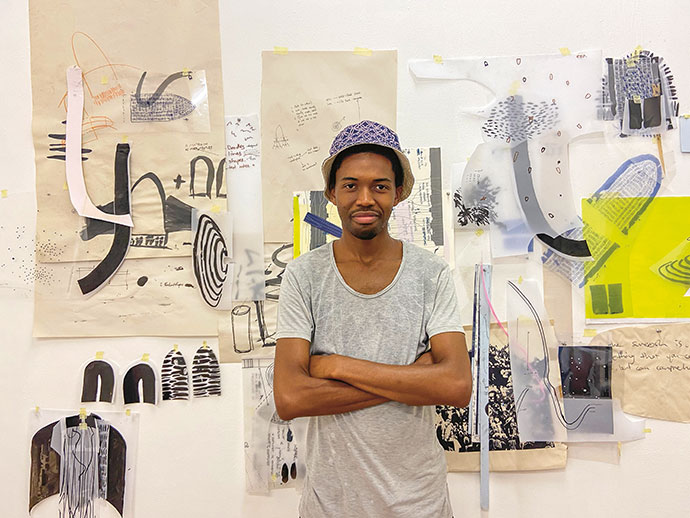 Pebofatso Mokoena’s practice isn’t one that’s based in a moment, he says. “It’s more like in situation-scapes that merge, mingle, collide, slice, become miniaturised and expand at different moments of making work.” And that making includes sometimes working in painting, drawing, collage, print, and even video, which reflects this Johannesburg-based painter-printmaker’s notion that “there are inherently so many things happening even before the work is made, that influence what the work may represent”. 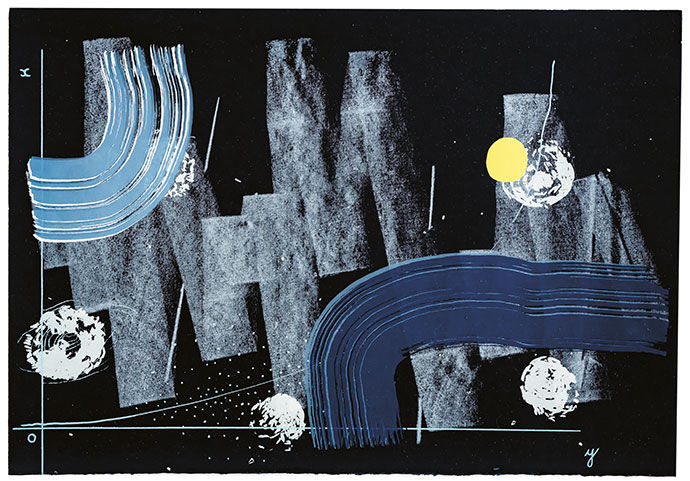 Pebofatso, who was raised in the East Rand, says, “I was born into an extraordinarily violent socio-political moment. Nothing about that situation was serene, but that paradigm had such a profound influence on how I saw the world in general.” Growing up, he adds, his family had a television and that was a sort of escape for him for a while. However, “there was always this chasm I wanted to reconcile between what I was seeing on the television – Formula 1 racing, Dynamite Diepkloof Dudes, etc – versus what was happening out on the streets – armed violence – but I never knew where to start”. As a child, he experienced the racist substructures of separate development as undercurrents.

At David Krut Projects, Pebofatso’s exhibition, “Internal Probes”, had been open for just a month before closing prematurely as South Africa went into lockdown on 27 March this year. Of the work in this exhibit, he says, “Initially I was thinking about the way cities, suburbs, townships, townhouses, countries, federations are organised and their relation to how people move in and around these precincts, with obvious roots in the 1781 Zong massacre, through to the Gold Rush in Joburg in the 1880s, to self-defence units against apartheid police in the 1990s, the Ellis Park stampede in 2001, and the sheer number of car crashes on our roads, among other human catastrophes.” 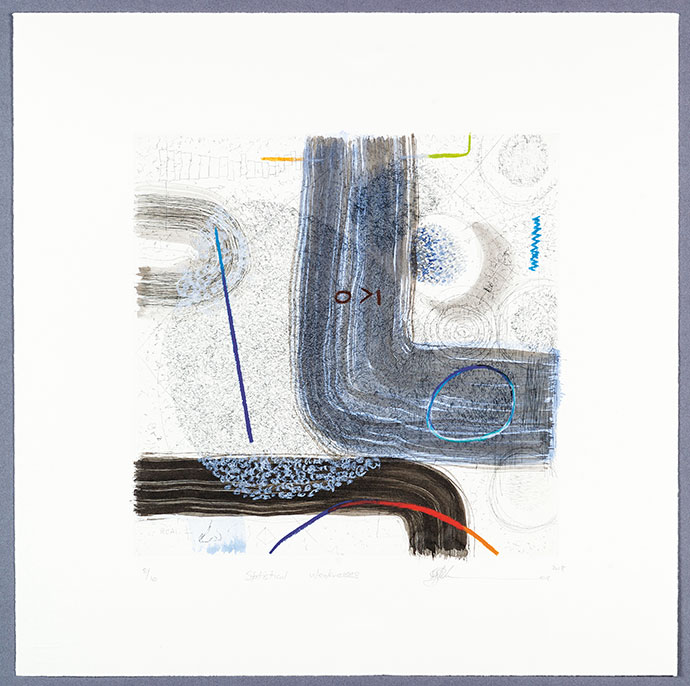 His multifaceted, multimedia work explores how these oppressive structures often also mirror thoughts about massive data-accumulation practices, perceptions that we have about ourselves as a nation, and how people are able to deal with huge global issues. Poignantly, Pebofatso says he feels his work is still “unravelling itself” to him. 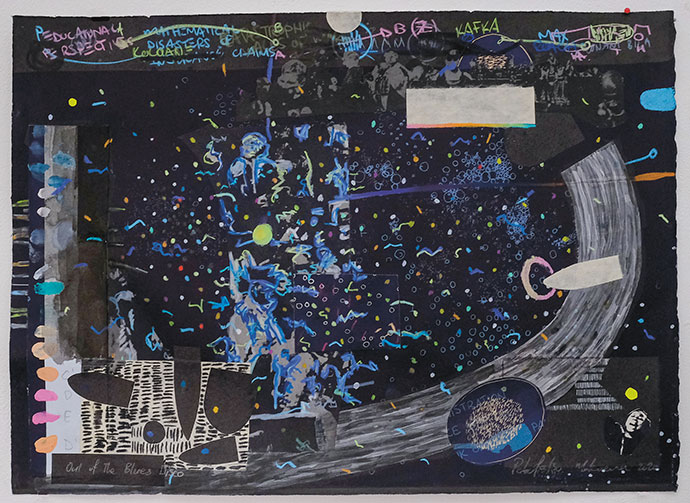 Right now, you’ll likely find him listening to musicians like Taiwa Molelekwa, Madlib, Amy Winehouse, James Brown, Jimmy Dludlu and Kid Cudi – as he marks and places any mix of acrylic, charcoal, hard-ground etching and hand painting, ink washes, mono prints, oil pastels, pen, pencil, silkscreened collage pieces and wax crayon on canvas. Each mark has been a way for him to make sense of the world he inhabits.