Conceptual designer Katlego Tshuma has been announced as the winner of the 2020 Nando’s Hot Young Designer (HYD) Talent Search.

His winning design – the Sangu Bench – is a reinterpretation of traditional African grass mats. “The Sangu Bench is inspired by the organic forms found in the movement and shape of the traditional grass mats which have been used across various African cultures as carpets, mats, screens and room dividers,” says Katlego. 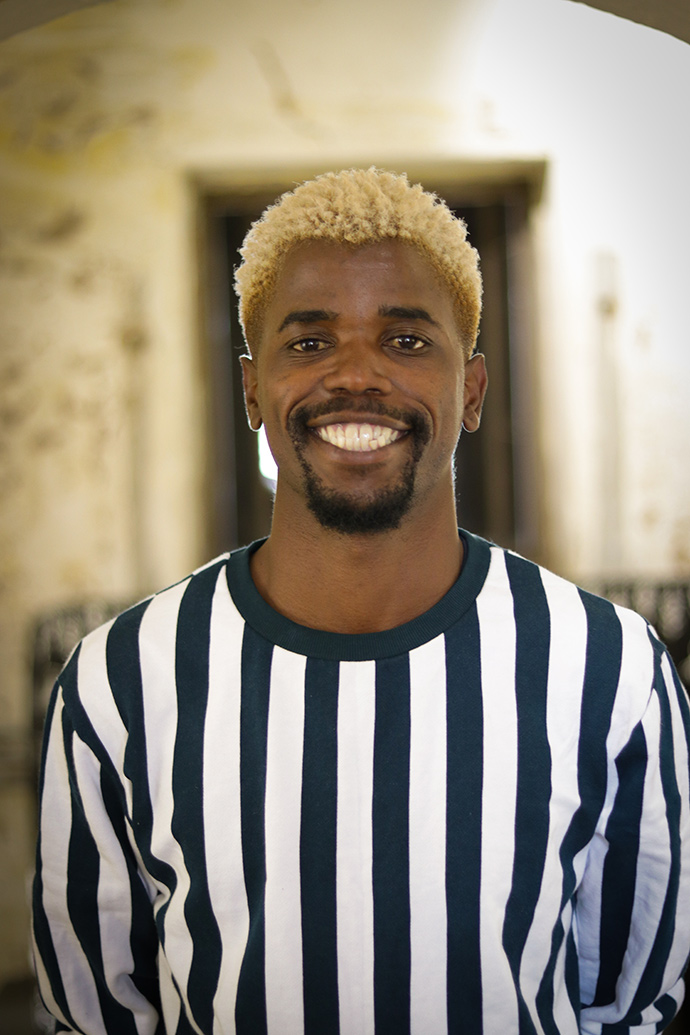 In its third iteration, The Nando’s HYD competition had a plethora of entries from across South Africa, with the brief to design a bench that encourages social distancing and is adaptable for life after the pandemic. “Throughout the research and design of the bench, I kept true to the brief by creating areas that allow for two people to sit and still maintain social distancing,” explains Katlego. “I created isolated areas on a bench by incorporating the traditional mat as a divider and back support.”

“We embarked on a very thorough judging process, which included an initial round of local SA design industry specialists and senior Nando’s design-focused team members,” says Tracy Lynch, Creative Director of the Nando’s Design Programme. “Katlego came out tops because he had the highest total points, which means that the majority of the judges recognised the brilliance of this piece. From my perspective, Katlego won because his design was one of the most unique, jaw-droppingly beautiful, brave pieces of design entered.”

Read more about the other 11 finalists and their 10 designs, here. For more information about Nando’s HYD Design 2020, visit clout-sadesign.co.za.