The seventh branch of The Webster, a multi-brand clothing and design boutique founded by Laure Hériard Dubreuil, is a pink concrete wonder designed by Sir David Adjaye of Adjaye Associates.

Located at the corner of Beverly and San Vicente Boulevards in Los Angeles, The Webster is Sir David’s first completed project in California and forms part of the iconic 40-year-old Beverly Center. Donning a striking curvilinear pink facade that is at once gentle and rough, Sir David’s reimagining of the existing space uses platonic and architectural forms to create vast opportunities for display – allowing Laure’s products to alter the store’s narrative as necessary. 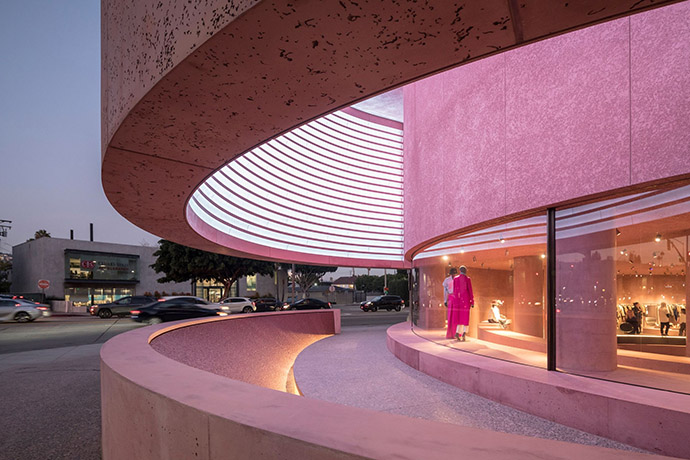 Juxtaposed by the large eight-story structure that is the Beverly Hills Center, The Webster manages to assert itself with inarguable elegance by functioning as an experiential counterpoint that reimagines the brutalist shell of the existing building. The concrete’s colour, which is injected with pink dye, is an ode to the Pacific light of California and the manner in which it naturally amplifies saturated colours. 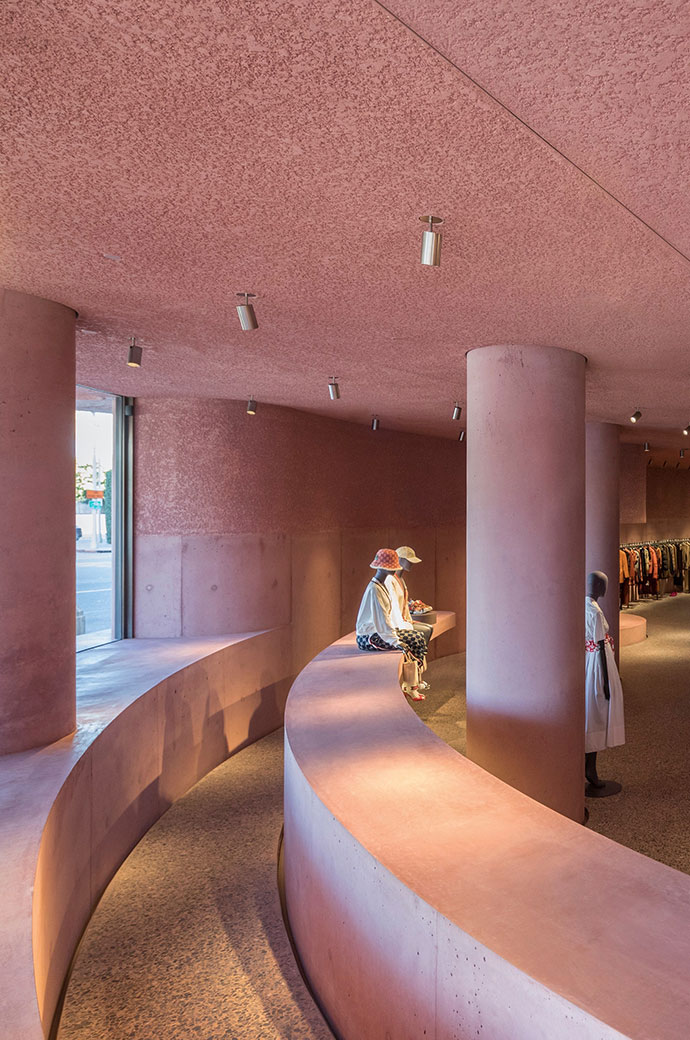 At the main entrance, a panoramic window comprised of three sheets of curved glass makes for an angular visual portal that blurs the boundary between public and retail space. The exterior identity continues within, featuring an experiment in material and colour.