For his debut furniture collection under the brand Mitsotso, Kehumile Mate has embraced his African heritage and incorporated his grandmother’s eco-weaving.

The inspiration for Kehumile Mate’s Kopano ottoman range struck while at his grandmother’s house as matriarch Mokgonyeng Mate sat weaving a carpet from recycled plastic. “She exposed me to weaving from an early age,” Kehumile says. His creative background is rooted in visual arts, with the focus on print-making and interior and furniture design, “but I had never seen her using recycled plastic until that day. I knew I wanted to bring an ergonomic dimension to the craft by placing it in a modern context.” 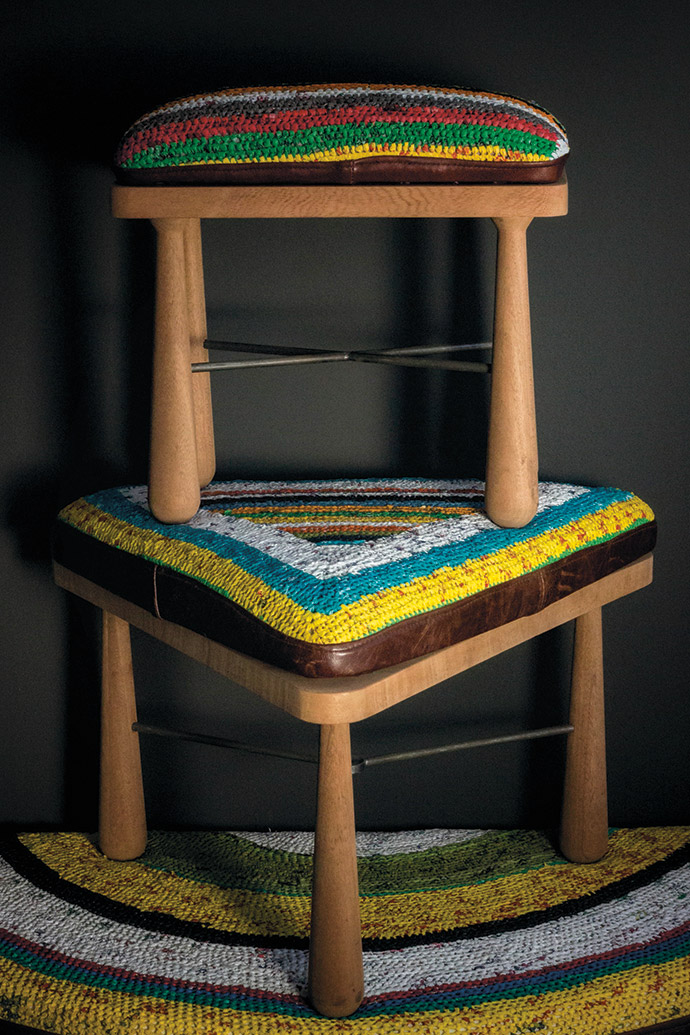 Rectangular, triangular and half-moon ottomans in the Kopano range.

Kehumile had been working on the prototype for five months when he found himself a contestant on Win A Home Season 5 in 2018, partnering with Nicholas Smit, a design college contemporary. “I didn’t anticipate the creative synergy we would have together,” Kehumile says. “Our penthouse design was a clear combination of my contemporary pan-African aesthetic and Nick’s clean, minimal and industrial one.”

Kehumile took the opportunity of being on the show to launch the Kopano ottoman under his furniture and interior design brand Mitsotso. Since then he has refined the ottoman’s design, collaborating with architectural designer Mlondolozi Hempe of creative platform Umongo, and Mokgonyeng Mate, of course. 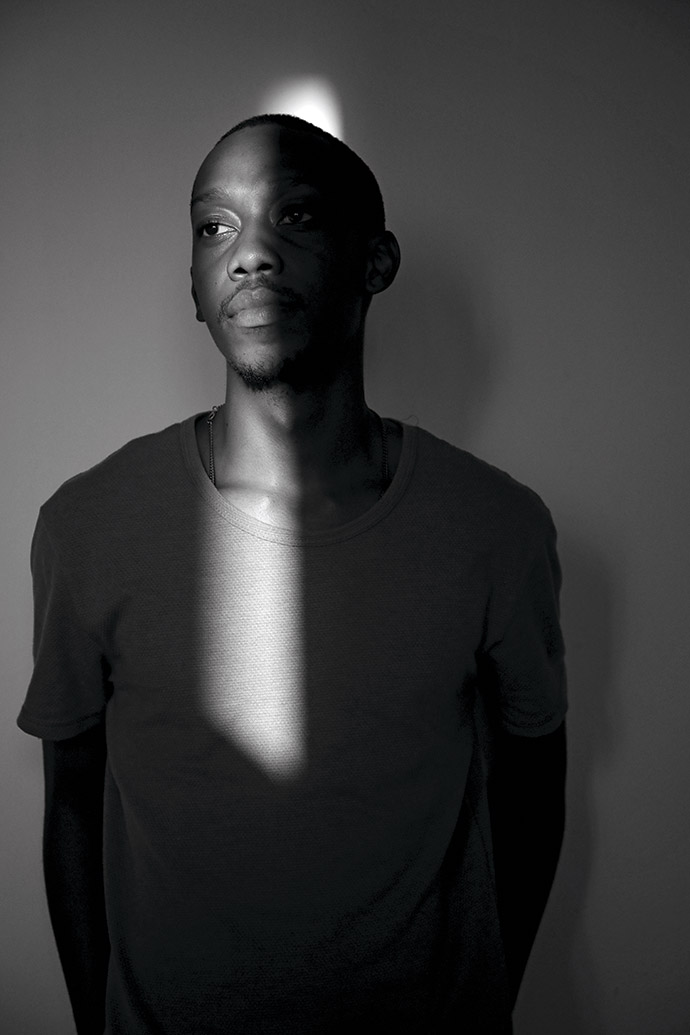 “It is an attempt at sustaining traditional weaving methods by conveying them in a modern, eco-friendly way. The stools are a combination of woven recycled plastic bags stitched to a leather seat, which is affixed to a steel-braced basswood base similar to one of Umongo’s designs,” says Kehumile. A group of women, including Mokgonyeng, weave the recycled plastic bags in Johannesburg and Pretoria, and the upholstery, steelwork and woodwork are done in workshops in Cape Town and Johannesburg.

Kehumile says they are working on new furniture pieces and will be releasing a new collection in the coming months.