Shift Perspective spent over two years creating this unique limited-edition coffee table depicting Robben Island and its sea floor, and stands as a symbol of the isolation that prisoners like Nelson Mandela experienced on the island.

Due to the fact that casting in resin in large amounts is difficult, studio Shift began experimenting with small samples and eventually moved to larger casts. Robben Island’s streets and important buildings, including the prison where Mandela was housed, have been mapped out and engraved in the wood. Diver’s maps were used to recreate the sea floor and three metal ships are in anchor around the island. These tiny, detailed ships are cast from sterling silver and can be moved around the table. A glass pane rests on top of the resin to protect it. 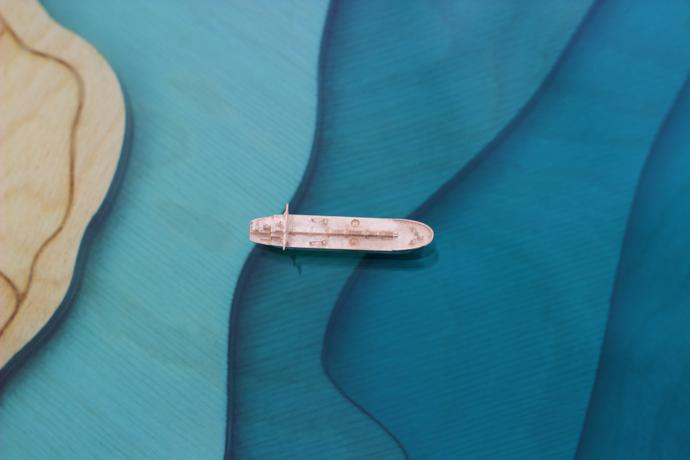 Mandela spent 18 years of his 27-year imprisonment on Robben Island, which is why Shift Perspective is creating only 18 coffee tables. Each table has been engraved underneath with a brief story about the island and its number in the series. 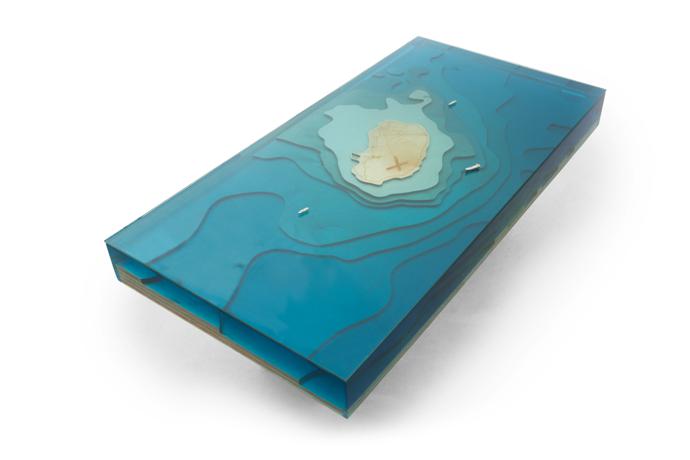 Shift Perspective’s slogan is: When furniture becomes art. The furniture studio, started two years ago by Ollie de Wit, is based in Cape Town and aims to create furniture that is not just extraordinary, but also tells a story. The Robben Island Coffee Table can be viewed for the next two years as part of an exhibition at the Art@ClockTower Gallery, V&A Waterfront, Cape Town.