In celebration of the recent developments at Bosjes, which include a boutique hotel, restaurant and chapel, the owners of the farm tasked interior designer Liam Mooney with creating textile art for the hotel bedrooms. He collaborated with Elbé Coetsee, the founder of Mogalakwena Craft Art Gallery, Village and Research Centre.

Fine artists Daniella Mooney, Hanien Conradie and Lara Kruger Nieuwenhuis were commissioned to visit Bosjes and visually translate their experience. They worked with Elbé on their proposals and she in turn consulted with the beaders and embroiderers of Mogalakwena as to how to interpret the artworks.

Daniella was inspired by the shapes and colours of rock formations. Elbé proposed a linen hand-dyed backing cloth, and the design was created in dense chain-stitch embroidery. 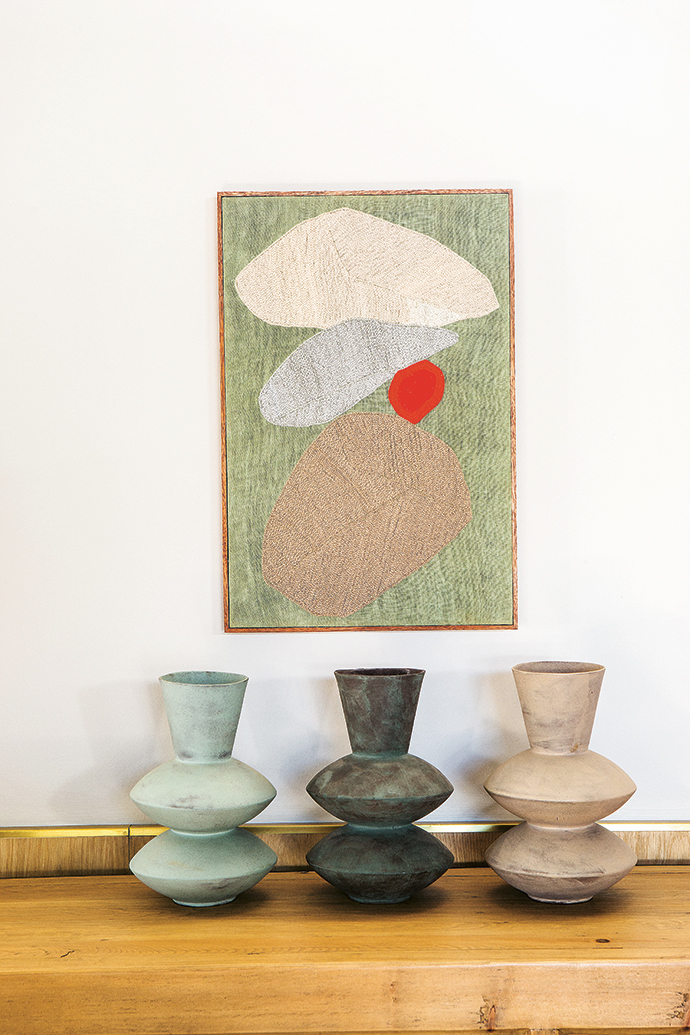 Hanien focused on a critically endangered protea species that grows in the area. Elbé and Esther Makgato used a selection of colours and textures to interpret the piece. 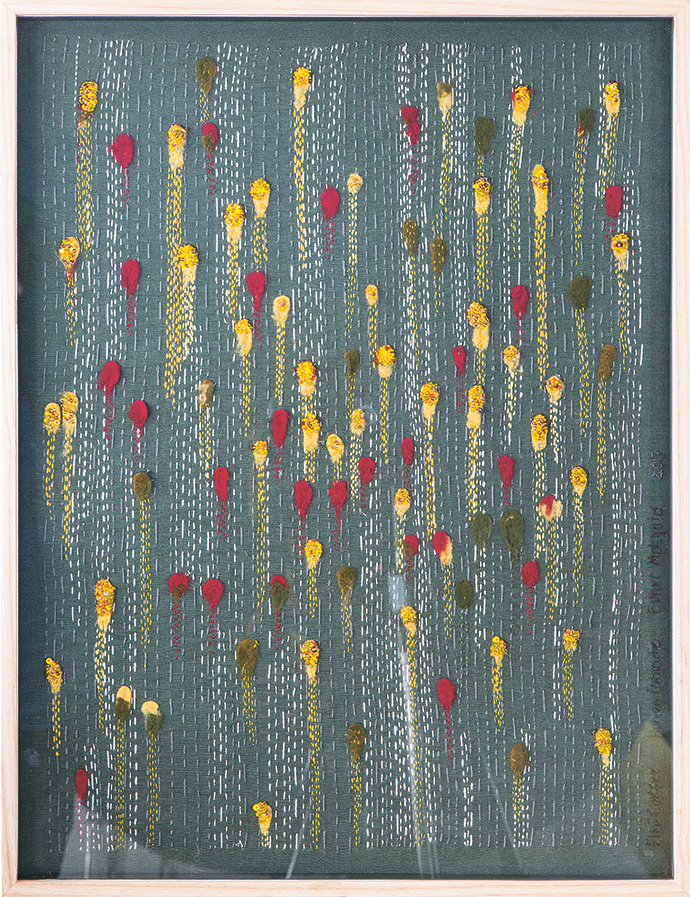 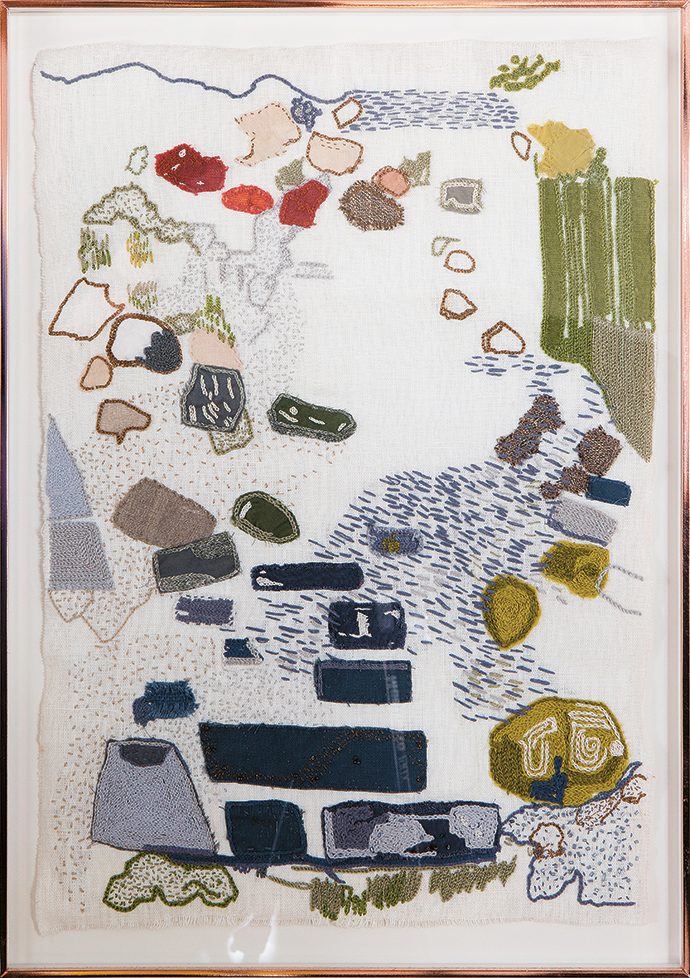 Haven’t visited Bosjes yet? Read all about this striking farm, here.