For the renovation of a 1960s home in the suburb of Rondebosch, Cape Town, architect and designer Hanno de Swardt of Onnah Design was tasked with creating flow and maximising the outdoor space for living and entertaining, while working within the compact site and existing footprint. 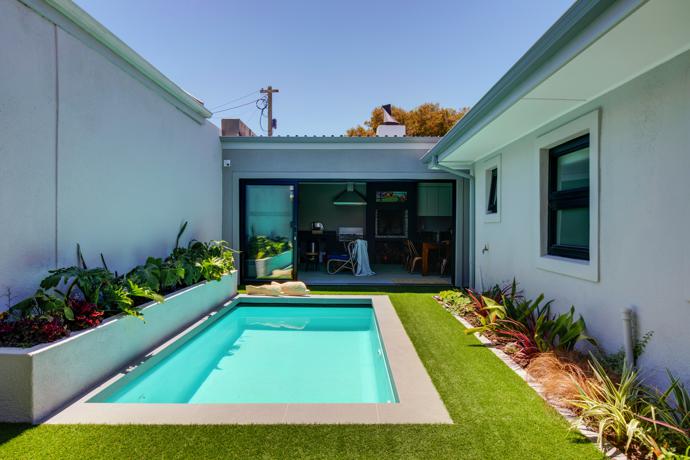 Hanno’s approach was to open up the rooms, which were small, separate and oddly configured, address some “afterthought” additions, and ensure that the old tied in with the new, both structurally and aesthetically. The dramatic transformation was completed with stylish new fittings and finishes throughout and a modern palette.

Reconfiguring the entrance had a big impact on the home’s layout. “Previously one entered the house via an uninspiring paved courtyard through a sliding door directly into a small, dark lounge,” explains Hanno. He was able to “turn the house on its head” by creating a formal entranceway on the side of the property, accessed via a narrow walkway, an approach that affords an element of surprise as the home opens up to visitors.

To further distinguish the entrance, Hanno worked with the client on a statement wall in the lobby. They considered a few finishes – an accent colour, textured wallpaper, stone cladding – and settled on brickwork. The original intention was to whitewash the bagged brick, but the builder did such a skilled job with the brickwork that they decided to leave it raw and red. 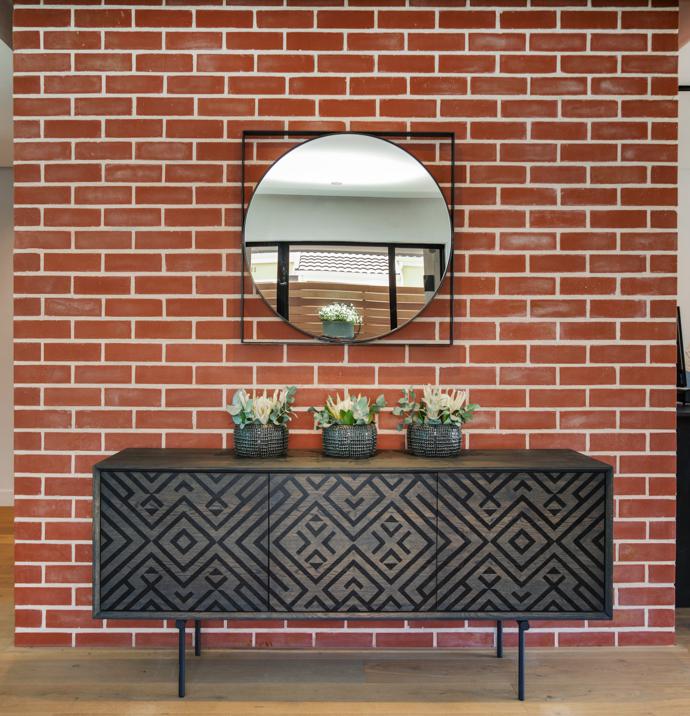 The other major change was relocating the kitchen from the centre of the house to the side, freeing up central space for easy circulation and living. Now everything flows towards a plant-filled courtyard, where the addition of a pool links the all-weather enclosed braai room, one of Hanno’s favourite parts of the house.

“We’re bringing sexy back to the typical South African indoor braai room,” he laughs. “They’re traditionally associated with a thatched lapa, face brick or terracotta tiles. This braai room is a triumph – a celebration of a truly South African custom in a unique and stylish way.” 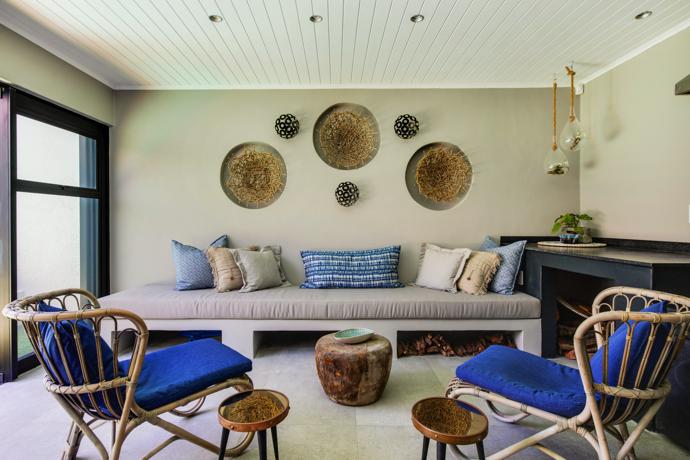