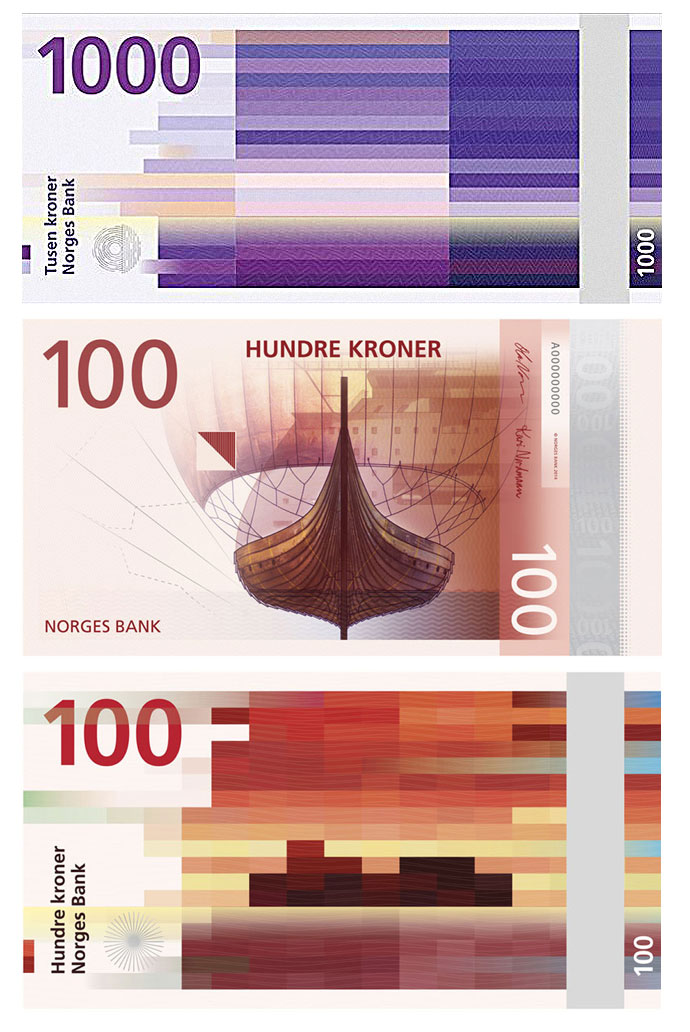 Money changes hands every day, but have you ever stopped to think about what goes into the design of a new note? The entire identity of a country is symbolised on a small rectangle. Norway recently re-designed their bank notes with a striking result.

Eight teams competed and the final decision was made by Norges Bank, the central bank of Norway. The winning designs are by Olso-based graphic designers The Metric System and architecture and design firm Snøhetta.

Snøhetta’s design consists of a pixelated artwork drawing inspiration from ocean winds, using similar colours to the country’s previous notes so as to avoid confusion.