William Kentridge has opened his largest-ever exhibition on African soil in 10 years, with two simultaneous shows in Cape Town.

Why Should I Hesitate: Putting Drawings to Work at the Zeitz Museum of Contemporary Art Africa surveys more than four decades of William Kentridge’s artistic production in drawing, stop-frame animation, video, prints, sculpture, tapestry and large-scale installation. At the same time, Why Should I Hesitate: Sculpture at the Norval Foundation Art Museum is an exhibition of previous three-dimensional works as well as new pieces created especially for the show. Ahead of the much-anticipated exhibition, VISI got the inside scoop from the Johannesburg artist. 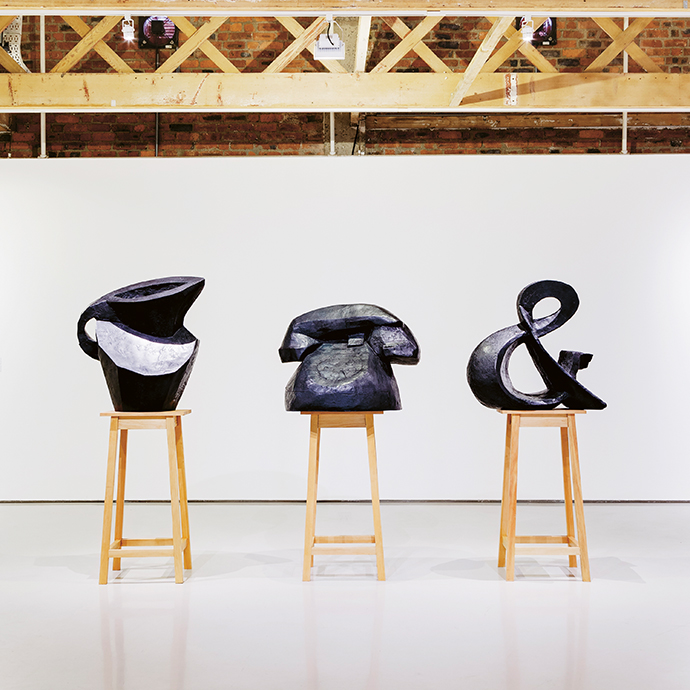 “Why Should I Hesitate” is the prefix to both exhibitions. Tell us about this title.

It’s a conundrum. Why should I hesitate about giving it this title? And what are the reasons I should hesitate? I suppose it’s the fact that the title is a riddle without an answer that makes it interesting to me. 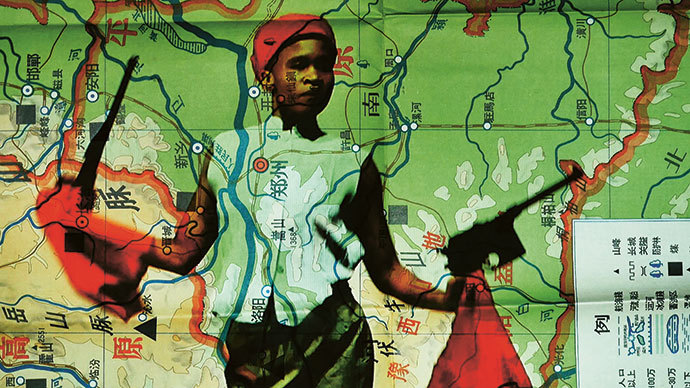 A photo of dancer Dada Masilo in front of a Chinese map for Notes Towards a Model Opera, 2014 – 2015. Image courtesy of William Kentridge Studio.

For Why Should I Hesitate: Sculpture, what made you bring together this collection of pieces that were either previously used as props, or are images from your animations coming to life in 3D form?

This is the first exhibition I’ve done that focuses on sculptural and 3D work. There are a lot of kinetic sculptures that either move of their own volition or are ready to be moved by human operators. The sculptures range from ones you could hold like a paperweight to those expanded in scale so they take up good space in the huge areas at Norval Foundation. 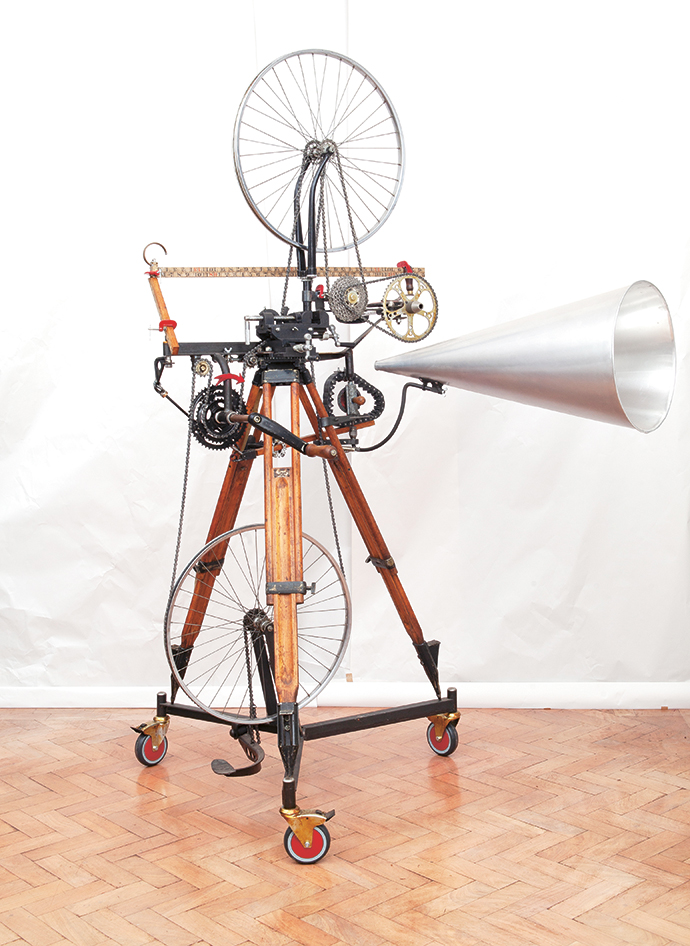 Will we see a lot of Soho Eckstein, the fictitious character who appears in a lot of your older work, as you show some of your historical pieces?

We’re showing all the Soho Eckstein films in the projection booths on the ground floor of the Zeitz MOCAA. The first one was made in 1989, and while the exhibition is on I will be working on completing the 11th in the series.

It looks at the Johannesburg Art Gallery as one locus of the film. Another area is the Zama Zamas, or artisanal miners, who are such a central part of the Johannesburg world and South African economic world – a world in which the informal sector has to subsidise the formal sector. I suspect it’s a premonition of what will be happening not just in South Africa but also in many other places, where the centralised, globalised economy looks after fewer people, and a greater percentage of people in the world have to work at the edges of the formal economy.

Music has been an integral part of your work. What can we expect in the new show?

There’s an electronic drum kit that plays itself, a choir inside sewing machines, and soundtracks to many different films.

But, particularly at Zeitz, in the grand atrium, there’s a new piece: four large megaphones with speakers inside. I’ve invited five South African musicians and composers to write and make music to be played through these megaphones. They range from piano, to vocal, to electric violin. The composers are Philip Miller, Waldo Alexander, Neo Muyanga, Kyle Shephard and Nhlanhla Mahlangu.

A couple of times a day the different pieces will be played, trying to find a breath in that very large space.

A drawing for The Head & the Load, a production that explored the role of African porters who served in – and in many cases died for – British, French and German forces during World War I. Image courtesy of William Kentridge Studio.

Why Should I Hesitate runs until March 2020.