The interior of a guitar formed part of the inspiration for the design of Sony Music Entertainment Africa’s HQ at Oxford Parks in Rosebank.

The brief to design-and-build specialists Tétris South Africa was to develop a creative environment that represents the African continent in its look and feel; a space where employees and artists can come together to collaborate in a place where they want to spend time. 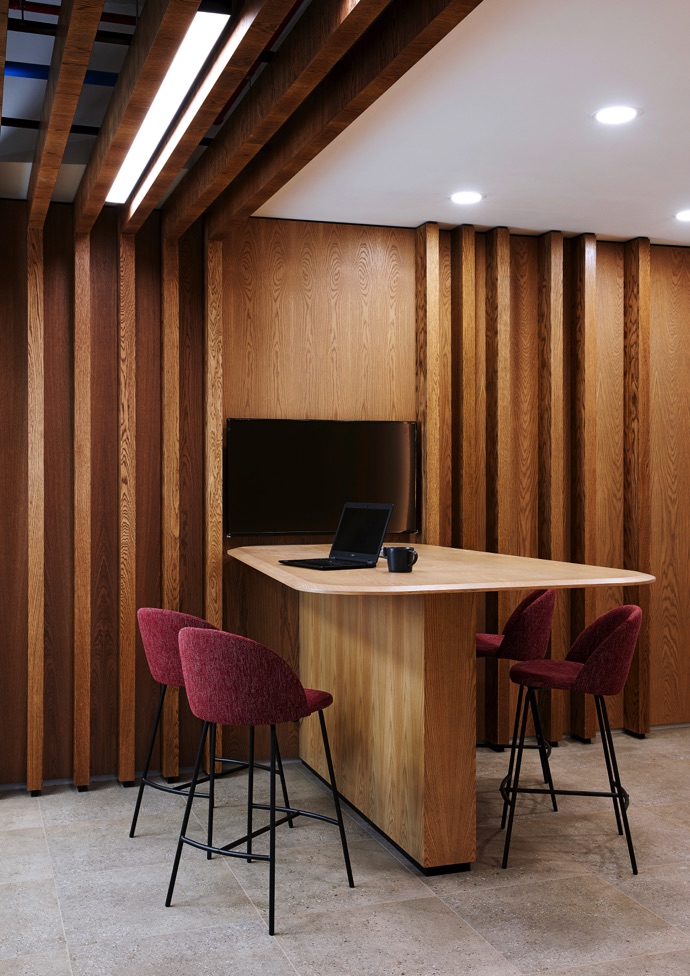 Using the guitar as inspiration, organic curves and timber inform the design and layout: Wooden struts and structural elements divide up the space and break up the industrial exposed ceiling. Desks are either organically shaped or feature curved edges. To establish a mix of non-traditional workstations, circular desks with privacy screens were added to the mix. David Krynauw was commissioned to create a solid oak acoustic phone booth that offers privacy in an open-plan space. 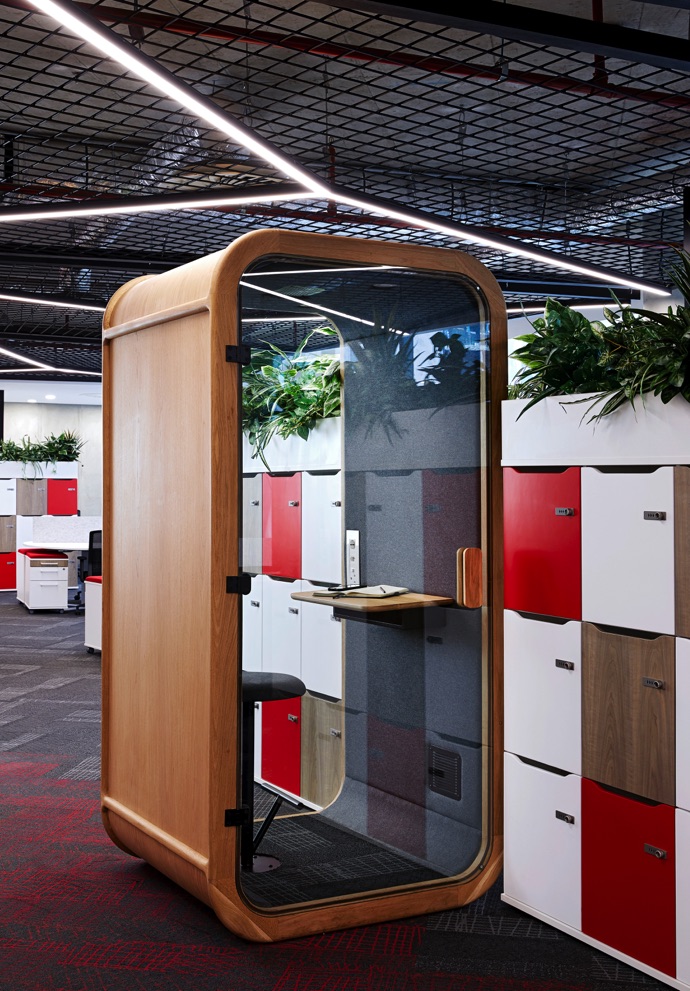 The reception desk and timber-clad bar appear to be suspended, their asymmetrical shapes resembling the signals on a music producer’s mixing console. Circular tables and an undulating timber banquette inform the open-plan staff pause area, which has been enclosed to reduce the noise levels. Lighting, too, is a mix of organically shaped, directional and statement fittings.

There are plenty of plush sofas and modular seating options, which further emphasise the soft corners and introduce pops of colour. More vibrant hues are injected with a custom mural by graffiti artist Mars in the reception area. Animal print has been used sparingly through upholstery and subtle zebra print decals on the glazed partitions. 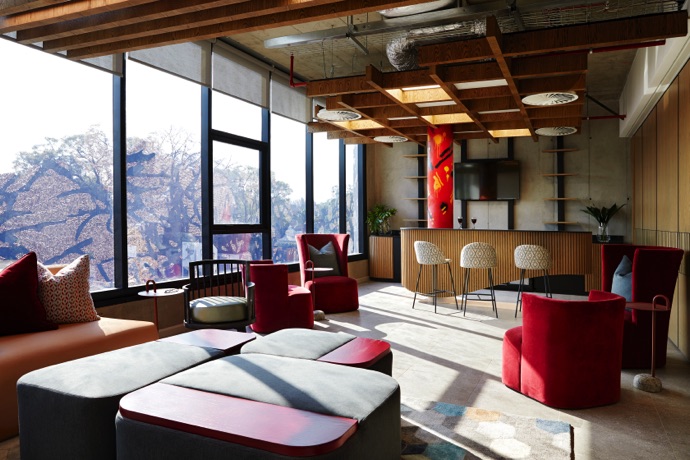 Meeting rooms have been named for Sony clients and themed accordingly. The main boardroom, for example, is titled “Sekunjalo” and presents a more mature, retrained aesthetic and mood. It has been anchored with a large tree-trunk table and timber audiovisual wall feature, and leads through to a client entertainment area for launches and events. 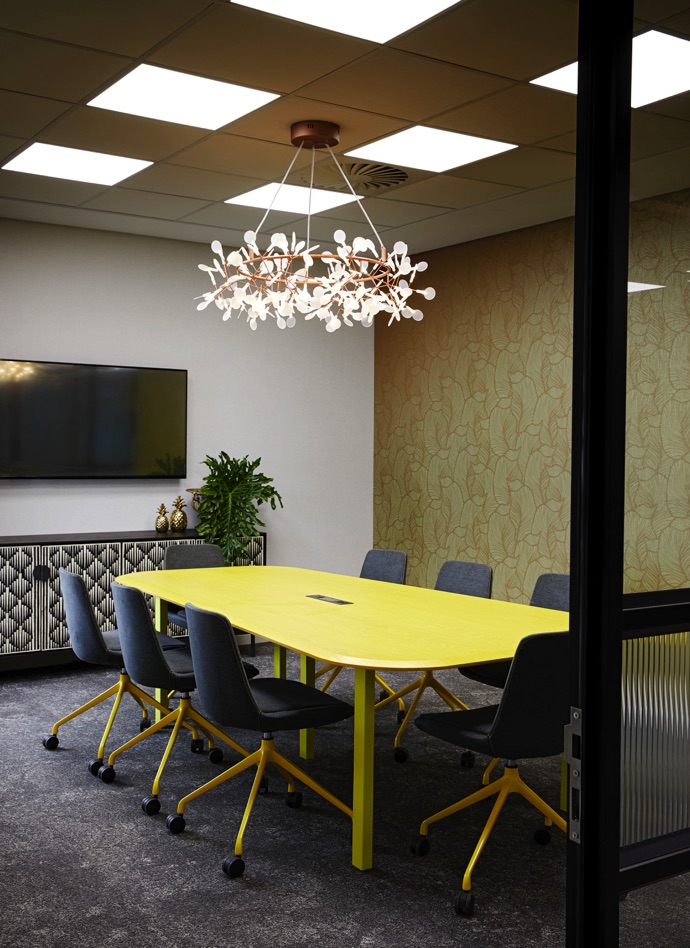